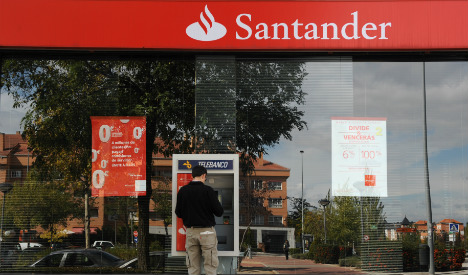 The bank, which employs some 25,000 people in Spain, proposed the job cuts as part of a plan it unveiled last week to close 450 branches – about 13 percent of its network – in Spain, the UGT union said.

Santander management proposed that up to 1,200 jobs be cut mainly through voluntary departures and early retirement, the UGT union said in a statement.

The bank also proposed a plan to boost employee mobility within its network that involves forced transfers and economic compensation of up to €20,000 ($22,750), the union added.

UGT said it rejected “any traumatic measures for the staff” and did not accept the bank's proposals.

The bulk of the job cuts, 950, will be of bank branch staff, according to the union.

The bank plans to upgrade 350 of its remaining offices to focus on offering advisory services to clients instead of just simple transactions.

Like its peers worldwide, Santander is dealing with a shift to online and mobile-based banking as well as a threat of nascent “fintech” rivals who use computer and Internet technology to develop innovative financial services and applications.

Other European banks, including in France and Britain, have also closed branches or grouping smaller offices into bigger ones than can offer a range of services.

In Spain, which is starting to recover from a damaging economic crisis but is currently in a political deadlock following inconclusive December elections, the bank saw net profits rise 18.2 percent to €977 million.