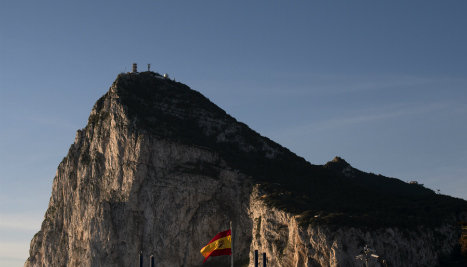 In a rare joint statement issued late on Tuesday, the disputed territories accused the two nations of “ganging up” on them and ignoring the wish of the people of Gibraltar and the Falklands Islands to remain British.

The statement was issued a day after Spanish Foreign Minister Jose Manuel Garcia-Margallo said Argentina and Spain were “committed to ending the two colonial situations” of the Falkland Islands and Gibraltar “through bilateral negotiations with the United Kingdom”.

The minister was speaking during a joint news conference with his Argentine counterpart Susana Malcorra in Buenos Aires.

“It also does not say much for the democratic credentials of two large countries that they should seek to gang up in this way in order to bully two very small territories and in the process completely ignore the right of their people to choose what they want to be,” the joint statement said.

“Referenda held in both Gibraltar and in the Falkland Islands have made those wishes abundantly clear,” it added.

Britain and Argentina fought a war in 1982 over the islands, known as Las Malvinas in Spanish, which claimed the lives of 649 Argentine soldiers, 255 British soldiers and three islanders.

The people of the Falkland Islands voted overwhelmingly in favour of remaining a British Overseas Territory in a referendum held in 2013 in the sparsely-populated territory in the southwest Atlantic Ocean.

In Gibraltar, a rocky outcrop on Spain's southern shore, nearly 99 percent of the population rejected sharing sovereignty with Spain in a November 2002 referendum.