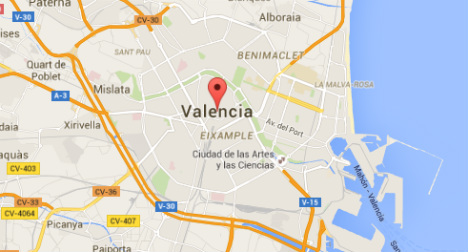 Valencia City Hall has voted to change the city’s official name to its Valencian version… València: an initiative by the city’s new left-wing council.

The decision to add an accent over the 'e' is seen as a move to preserve and promote Valencian – the dialect of Catalan spoken in the semi-autonomous region of Valencia, on Spain’s east coast.

The language is already a co-official language with Castilian Spanish in the region and officials are excited that it will now be used for the official name of the region.

Valencia’s left-wing mayor Joan Ribó said the council wanted to “start the normalization of Valenciano and one way to do so is to write the place name Valencia in Valenciano”.

“What is more normal than to name the city of Valencia in Valenciano?” he added.

The job of implementing the changes will go to the Valencian Academy of the Language (AVL) and it is yet unclear if and when things like road signs will be changed to implement the new spelling.

The name change was approved on Thursday with votes in favour from the parties that make up Valencia’s regional government: Compromís, the Socialists and València en Comu while Ciudadanos and the conservative Popular Party abstained from the vote.

While many linguists consider Valencian to be a dialect of Catalan, many people in the Valencian region consider it a distinct language.

A 2010 study conducted by the Valencian regional government found that around half of the region’s residents thought they spoke fluent Valencian.

The name-change is not the first surprising change the city council has made. In March 2016, it decided to install feminine silhouettes alongside the traditional striding man at pedestrian crossings in a bid to increase equality in the city.