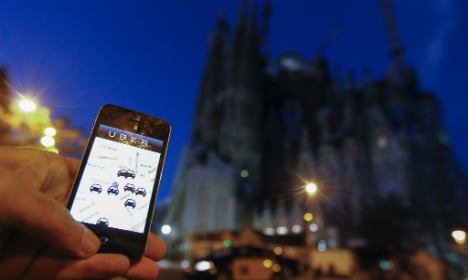 The US company was banned from operating its online service in Spain in December 2014 following a lawsuit by taxi drivers.

A Spanish judge ruled that the use of amateur drivers did not comply with national laws and represented unfair competition to licensed cabbies.

But the California based firm, which has lured customers away from traditional taxi services with its cheaper fares, will be back on Spanish streets with its new UberX service operating legally with licensed drivers.

The limited launch, which begins in Madrid, bypasses the ban by putting customers in touch with drivers who hold VTC licenses – chauffeurs using private cars – rather than the amateur drivers used by UberPOP service.

The new service will rival that of Cabify, which already operates in Spain.

Fares on UberX are expected to undercut taxis by between 30 and 40 percent with a minimum fare of €5.

For example, the standard fare using UberX between Barajas airport and the centre of town will be €20 a third less than the standard taxi fare of €30.