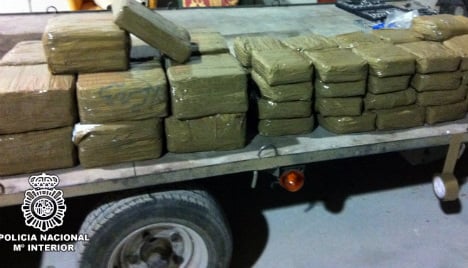 Investigators seized 1.2 tonnes of hashish in separate raids across Europe, as well as several luxury cars and €20,000 ($22,000) in cash in Spain, police said in a statement.

Five suspects were arrested in Spain, including the alleged leader of the ring who lived in the town of Benissa on the Mediterranean coast, as part of the operation, it added.

Another seven were arrested in Estonia and three were detained in Poland.

“They would transport the drugs from our country hidden in vehicles set up with a double bottom to avoid being detected at the border,” the statement said.

Spanish police said they began their probe in March 2015 when Estonian customs agents gave them evidence of a large-scale hashish smuggling operation between Spain and Estonia, Russia and Poland.

Conveniently located at the crossroads of North Africa and the rest of Europe, Spain is a major transit point for drugs entering the continent.