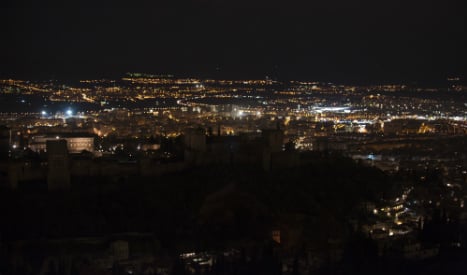 On Saturday March 19th between the hours of 8.30pm and 9.30pm much of Spain was plunged into darkness as some of the country’s most famous sites turned off their lights to celebrate Earth Hour.

The World Wildlife Fund for Nature (WWF) initiative aims to draw people’s attention to climate change and highlight the need for action.

Earth Hour 2016 marks the tenth year of the campaign and 400 Spanish towns and cities took part in the event.

And the lights go off at the Royal Palace of Madrid! Happy #EarthHour 🙂 #ChangeClimateChange
© WWF Spain pic.twitter.com/hYyDURZvYq

The WWF estimates that over 1,400 of the world’s most iconic landmarks switched their lights off during Earth Hour, including Madrid’s Royal Palace and the Alhambra in Granada, southern Spain.

Barcelona's iconic Sagrada Familia turned off its lights as part of the Global Earth Hour.