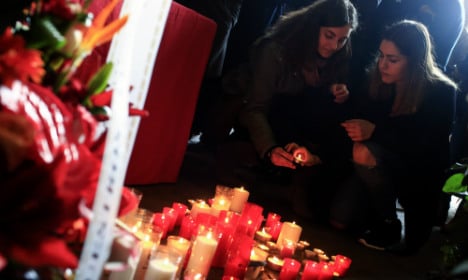 The grief-stricken father of 22 year old Serena Saracino has spoken out in fury about the death of his daughter.

“It was too late to be driving a group of kids, who came here and should have been looked after and instead have died. At that time, drivers are tired,” said Alessandro Saracino in an emotional outpouring to Spanish media on his arrival in Catalonia.

“In a beautiful country like this, these kids should have been guaranteed a trip in complete safety. Driving at four in the morning, through the rain, is not safe,” he said.

Serena, a pharmacy student at the University of Turin, was one of seven Italian students who were killed on Sunday morning when the bus in which they were returning from a trip to Las Fallas fiesta in Valencia crashed.

The tweet above shows photographs of the seven Italian victims with Serena Saracino pictured bottom right.

The 13 victims were all women and also include a German, a Frenchwoman, two Austrians, a Romanian and a woman from Uzbekistan.

Initial investigations suggest the driver may have fallen asleep at the wheel.

“I happily sent my daughter to study in Spain and she is being returned to me dead,” he said. “This shouldn’t have happened. That is why I am talking because you have to control things better here so that it never happens again.”

The Romanian student was named as Veronica Matcovici.

All those who died were enrolled in Barcelona universities as part of the Erasmus foreign exchange programme and were aged between 19 and 25 years-old.

A spokesman from Catalan Civil Protection Authority told The Local that as of Monday lunchtime 24 people were still being treated in hospital for injuries sustained in the crash, among them the driver who was suffering chest pains.

The condition of seven of those still in hospital was described as “serious” and one of those remains on the “critical” list. “There was some confusion as to the exact number and nationalities of the dead, but I can confirm that as of 12pm Monday, the death toll stands at 13,” the spokesman said.

The students had each paid €20 for the trip to the festival in Valencia. They were picked up on Saturday morning at 6.15am from Plaza España, arriving in the seaside city at 11am.

After a day free for sightseeing and an evening of partying, students were collected at 3.30am and were due to arrive back in Barcelona around 7am on Sunday.

There were 57 passengers on the bus, which was in a convoy of five, on a trip organized by the Erasmus Student Network in Spain.

Although the coach was fitted with seatbelts, investigators reported that many of the students had not in fact been wearing them.

The bus careered into oncoming traffic after hitting a railing. It was raining at the time of the crash, just before 6am on Sunday near the small town of Freginals, about 150 kilometres (95 miles) south of Barcelona.

A British teenager described how she crawled out of the wreckage despite breaking her spine in several places.

Tallulah Lyons, 19,  from Swindon, who is studying in Barcelona on an exchange programme organised by Southampton University told the BBC:

“I just remember waking up and people were on the floor. I was trying to crawl out with friends – and that’s when we realised some people were trapped. It took about two hours to get everyone out.” 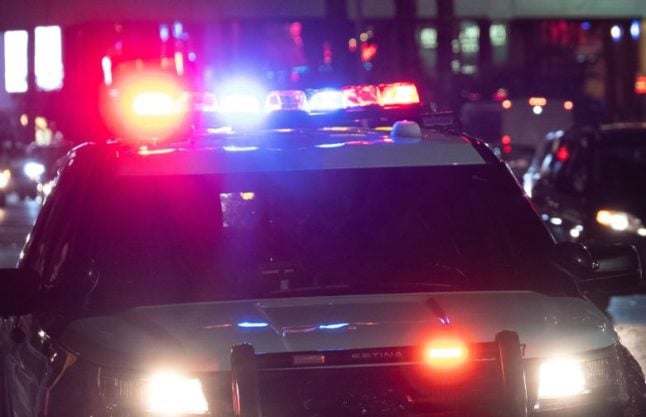 PARTNER CONTENT
How to see the very best of Europe this summer
Url copied to clipboard!