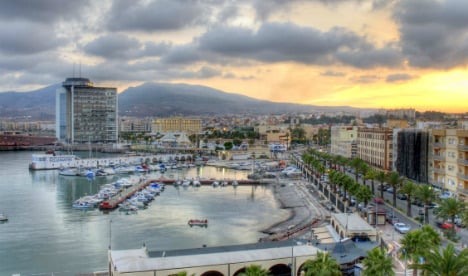 Spain’s Civil Guard found the body of a boy in the port of Melilla, one of Spain’s two north African enclaves, on Saturday night.

“He was 15-years-old and of Moroccan nationality,” the NGO Prodein confirmed to The Local on Monday.

The immigrant was attempting to reach a boat docked in the port with the aim of stowing away to mainland Spain.

The boy – who has not been named – jumped into the water with several others, who managed to make it to shore and alert the police that one of them was in trouble.

The Civil Guard’s specialist diving unit searched the area for 45 minutes before finding the body of the drowned boy at around 9pm on Saturday night.

The incident occurred in the area between the Torres V Centenario building and the commercial port, behind the Melilla’s Maritime Club.

Following the death, the regional government of Melilla confirmed it will ask Spain’s central government to “insist that Morocco takes back children who arrive illegally” in Melilla, unaccompanied by adults, with the aim of reaching Europe.

“Let’s see if Morocco will accept its minors,” the regional president of Melilla, Juan José Imbroda told Spanish news agency Efe, adding that Melilla’s Councillor for Social Wellbeing, Daniel Venura, would travel to Madrid this week to meet with the Secretary General for Immigration and Emigration, Maria del Corral.

Imbroda added that there was an existing “bilateral readmission agreement” between Spain and Morocco, which should be applied to solve this problem as it allows Spain to send back those people who have arrived illegally.

The bodies of two immigrants were found drowned in December in similar circumstances in Melilla.