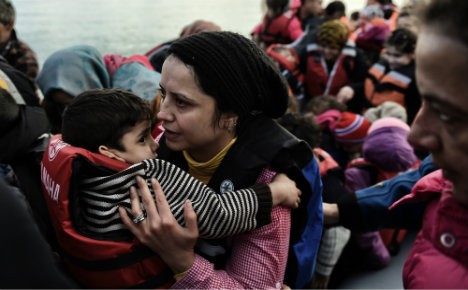 “If one door is closed, they will seek other. The (people trafficking) mafias are bad but they are not stupid,” Fernández Díaz said in an interview on Spain’s national broadcaster RTVE on Friday.

“Spain should not drop its guard, we need to be prudent,” he said.

His comments came on the back of a European summit commitment to send migrants back to Turkey and close the heavily travelled Balkans route leaving thousands in crowded refugee camps in Greece.

“So far the western Mediterranean route has been talked about because Spain is doing its job,” stated the minister, but this could change if the EU is unable to develop an “immigration policy and comprehensive asylum policy that tackles the cause of the problem .

Spain has now been spared the huge number of refugees fleeing Syria that have turned up on shores in Greece, where more than 130,000 migrants have arrived so far this year.

Although an increasing number of arrivals at the borders in Ceuta and Melilla, Spain’s north African enclaves bordering Morocco, are Syrian refugees.

Spain’s caretaker government has agreed to support the EU plan for refugees despite the issue not being put before parliament because an acting government is not subject to parliamentary control.

Acting Prime Minister Mariano Rajoy has said he will go to the European Council of March 17th to endorse the agreement despite having no cross party support.

Except for the Popular Party, which has only 123 MPs in the 350 seat congress, all other parties have said they do support the European Union’s deal with Turkey to expel refugees.

On Thursday, Spain said it was willing to take in 450 Syrian and Iraqi refugees from Italy, Greece and Turkey on top of refugee relocation quota it has already agreed to.

“We have told the European Commission of our willingness to proceed with the immediate relocation of over 250 people from Turkey in a first stage and of another 150 refugees from Greece and a further 50 from Italy,” said Fernández Díaz at a press conference in Brussels.

Spain has already agreed to accept 14,931 refugees under a quota scheme devised by the EU in early September.

Meanwhile in Italy, authorities fear as many as 150,000 migrants could arrive in the region of Puglia from Greece after Serbia and Macedonia closed their borders on Wednesday.