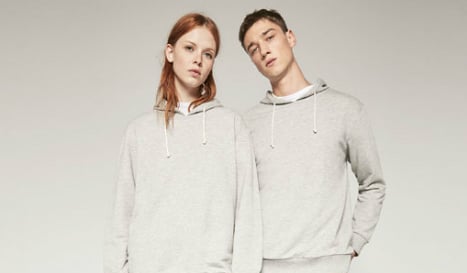 The range comes in neutral colours of white, grey and navy and can be found in the TRF section of Zara’s website priced between €9.95 and €29.95.

Zara is the first major high-street brand to embrace gender fluid clothing – after it was pioneered by designers such as Rick Owens and Gucci.

It is the first move by a worldwide affordable fashion brand to introduce a gender neutral range, following in the footsteps of designer brands who have increasingly used transgender models on the runways.

So while Zara might be patting itself on the back for capturing the current gender fluid fashion mood, many people have pointed out that’s its Ungendered range is actually just the wardrobe staples of men and women – jeans, T-shirts and hoodies – far from a challenge on traditional gender stereotypes.

Many have pointed out that to have really achieved an ungendered line, Zara should have included “female” items of clothing such as skirts and dresses instead of sticking to the traditional masculine view of unisex clothing.

Many people were initially excited to hear news of the ungendered clothing line, only to be sorely disappointed when they saw the garments in question.

If Zara actually wanted to release an 'ungendered' clothing line they could just take the words 'men' and 'women' off their current lines.