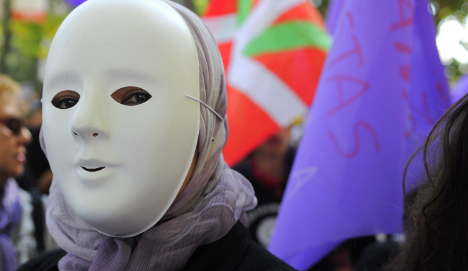 The Clara Campoamor Association, a feminist group supporting victims of gender crime, is demanding a full investigation into a female magistrate  after she put “totally offensive” questions to a rape victim.

Judge María del Carmen Molina Mansilla, a magistrate in northern Spain, asked: “Did you close your legs and all your female organs?” of a woman who came before her to request a restraining order from her alleged aggressor.

The victim, who is four months pregnant, turned up at her local police station in Vitoria, in the Basque Country, on February 16th to make a complaint against a man who had “repeatedly abused her both sexually and physically”.

The next day she was called to make a statement before the judge who “showed obvious disbelief of the testimony of the victim, questioned her without allowing her to answer, asking leading and offensive questions,” explained Blanca Estrella Ruiz of the Clara Campoamor Association.

“A clear example of this attitude is the judge’s repeated questions to the victim on whether she made any attempt to resist aggression including asking her 'did she close her legs firmly?' and 'did she close all of her female organs?',” the association president told Europa Press.

“Such questions are not only unnecessary to the investigation but are completely offensive and violate the dignity of the victim,” she said.

The association insists the judge has been brought to its attention. “Unfortunately this is not an isolated act but  such behaviour (by this judge) is habitual and continuous,” the association said.

“Other women have lodged complaints about the re-victimization they experienced in this court…women are scared as to what might happen to them as victims in this court and it is disincentivizing them to report such crimes.”

The association, named after a Spanish politician and feminist best known for her advocacy for women's rights and suffrage during the writing of the Spanish constitution of 1931, is calling for judicial authorities to carry out a thorough investigation of the judge.