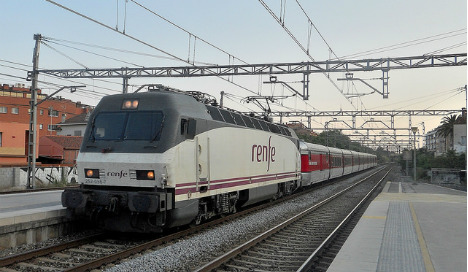 He was walking his two dogs when they ran off; chasing after his pets he lost his balance and fell onto the tracks at Vile-seca station in the city.

A spokesman for the Catalan police, the Mossos d’Esquadra confirmed the tragic incident to news agency, Europa Press.

The accident occurred at around midday local time.

The directorate general of Catalonia's Civil Protection body activated the Plan Ferrocat after the accident; an emergency plan put into place if there has been a public transport accident.

The train lines, as well as cercanías lines RT1, R14 and R15, were also affected, but were back up and running as of Saturday evening.

Back in December, two Spanish graffiti artists were run over and killed by a train while spray painting on the tracks.