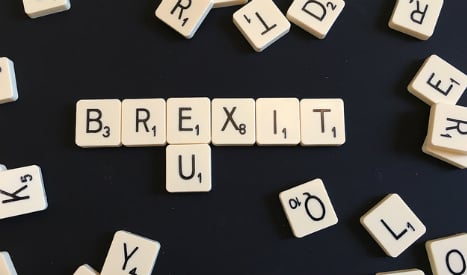 In July 1973 as a young student, I left my country, Spain, and came to the UK. I was hoping to learn English and to get a menial job to help me get by financially. The UK had been a member of the European Union for a mere six months.

It was a sharp contrast with my country, still constrained under an ugly dictatorship. I arrived at Gatwick airport, where everything seemed spotless and efficient. I stayed in a miniscule apartment in London for two months, while working as a kitchen porter in a pub near Oxford Street. During that time I breathed freedom in all senses. I was enchanted, not only with London´s diversity, but also with the spirit of the country. I had already decided that one day I would be back again.

Years later I came back as a Basque language lecturer at St Andrews University, where I taught for two years. These were changing times. Margaret Thatcher was now in office and lots of things, from education to politics, had shifted drastically. In my view the UK had lost a bit of the humanism that I had loved so much in favour of a cold-hearted pragmatism. At St Andrews I made good friends, and most importantly I met my future wife, Kate. So I knew that I would come back yet again.

And yes, though we decided to settle down near Bilbao in the Basque Country, we have been coming back regularly to the UK under any excuse for almost 30 years. Beautiful Devon and busy London, where I completed a masters degree in International Journalism, have been our main bases. I have travelled quite widely around the world, but I can honestly say that the UK is my second home in emotional terms, as it is for our daughter and son.

Britons will vote in the EU referendum on June 23rd. Photo: futureatlas.com/flickr

Over all these years I have witnessed a lot of changes in the UK, not all of them for the better. I have followed the political and social life of the country quite closely, and worked frequently for its media. I have even dared to write a book about the UK and its citizens, including my judgments and affection too.

The British, unlike the Spaniards, are very good at bashing their own country, but like everybody else they don’t like it when criticism comes from foreigners. They might be a bit cynical, but they don’t get carried away by the words of lunatic politicians promising eternal happiness to everyone. Individualist as they are, they have kept a sense of community that some more gregarious societies would very much envy. They don’t jump the queue as many of my fellow countrymen do. Respect is a meaningful word.

I fully understand that you have to be ready to integrate into the country you live in. You should learn their language, because otherwise you will miss all kinds of opportunities, not only materialistic ones. These things are only logical and a sign of respect for the country you are in.

Equally some British people should understand that “Rule Britannia” doesn’t apply any longer, and that the “dark satanic mills” in Jerusalem form part of a global reality.

Immigration is a big issue nowadays. Fear of other cultures is quite natural, but I can’t help but smile when some people in Britain talk about “invasions” without realizing the amount of British nationals living in other places, not least in Spain. One of the greatest successes of the British is that they have always turned immigrants into their own. Italian and Irish immigrants, French Huguenots, Jews, Russian refugees and Commonwealth citizens are all an example. I believe that in many cases their contribution to their new country has been enormous.

I don’t want the UK to lose its personality, pragmatism, sense of humour, eccentricity, or its fish and chips. There are lots of things, I’m sure, that other Europeans admire and value about the British. Nobody should be interested in wiping out the character of a nation (Scottish and Welsh included) which has produced so many influential artists, scientists, explorers, writers, and thinkers.

I believe that if the UK’s citizens vote in favour of leaving the EU, they will be denying their own history of integrating different races and cultures, and the values which many generations have held as part of their Britishness.

I would certainly be very sorry and disappointed.

Alberto Letona is a Basque journalist living in Bilbao. He is the author of Hijos e Hijas de la Gran Bretaña –Sons and Daughters of Great Britain – in which he delves into the psyche of the British in an attempt to explain them to his own countrymen.