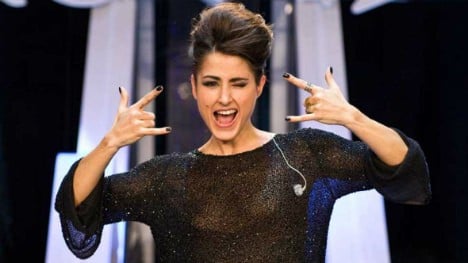 Spain will make history at this year’s Eurovision Song Contest by, for the first time ever, sending a song entirely sung in English to represent the country.

And the decision has riled people throughout Spain, not least some of the country’s most esteemed academics.

The director of the Royal Spanish Academy (RAE) – the official institution tasked with overseeing the Spanish language – classed the choice of an English-language song for Spain's Eurovision entry as “inferior and idiotic”.

Darío Villanueva made the statement about Say Yay – this year’s Spanish Eurovision entry by singer Barei – during a breakfast meeting with Spanish news agency Europa Press on Wednesday.

It is not the first insult the prominent institution has dished out since the song was chosen to represent Spain in a televised pre-selection on February 1st.

“I understand that a country with a language that has a limited number of speakers would try to use a language understood by many, but this is disgraceful,” continued Merino, who also claimed that state broadcaster RTVE had a “moral and cultural obligation” to safeguard the national cultural heritage.

RTVE did, in fact, put a certain amount of pressure on Eurovision hopefuls to include at least some Spanish lyrics in their songs.

“Yes, we were told to add something in Spanish,” Barei told Spanish daily ABC.

“Of course I’ve got nothing against our language, but my plan was to sing in English – it is much more international than Spanish.”

READ: Is singing in English Spain's only chance for Eurovision?

Spain has only ever won the Eurovision Song Contest twice – in the 1960s – and even then the country’s entries were marred by controversy.

Despite high hopes, last year’s Spanish entry, Edurne, with Amanecer, only managed to clinch 21st place in the competition, which was ultimately won by Sweden.

This year’s competition will take place in Stockholm on May 14th.