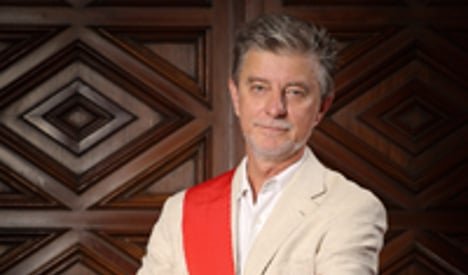 A list of expenses that Zaragoza mayor Pedro Santisteve has billed to city hall has some pulling out their hair.

The member of the Podemos party – which only started two years ago, vowing to fight the political corruption of long-established parties – submitted a receipt to recover the cost of a €15.90 trip to the hair salon, Spanish media reported on Thursday.

According to the receipt he submitted, he went to hairdresser Josgel Peluqueros on December 18th at 12.41pm and was attended to by someone named Alba. The description on the receipt of what he paid for is listed only as “various”.

Santisteve told the city's tax office commission that he had bought “products intended for personal hygiene” for the mayoral bathroom, according to El Mundo.

Sources told El Mundo that specifically he had bought a bottle of hair gel.

Meanwhile, Podemos' party leader Pablo Iglesias is known more for his casual pony-tail and jeans than for investing in personal care items.

But beauty products were not the only expenses that riled Santisteve's opponents.

Records also showed that he submitted train tickets and a stay at the ritzy Plaza Hotel in A Coruña, adding up to €858.40 – all for attending a meeting for “Mayors for Change” organized by A Coruña political coalition Marea Atlántica.

The left-wing mayor also spent €127.19 on taxis while in A Coruña and seemingly only bought one meal: lunch at El Cabildo restaurant where he ate octopus, scrambled eggs, and two helpings of cheesecake. To wash it all down, he also bought a bottle of water and a Coca-Cola.

The mayor's office told newspaper Heraldo de Aragón that the nearly €1,000-trip and meeting was an “institutional act” and for the “common good”.

All four opposing parties including the Conservative Popular Party (PP) and Socialist PSOE have announced a motion to make Santisteve return the money and prevent any payments that have not yet been made from going forward, according to ABC.

El Mundo also noted that Zaragoza's city hall is one of the most in debt in Spain, with more than €800 million in the red. It asked for state funds of €45 million to bail it out last year.

Podemos politicians sparked a debate over personal hygiene after comments were made about the fact that several of the new MPs have dreadlocks.