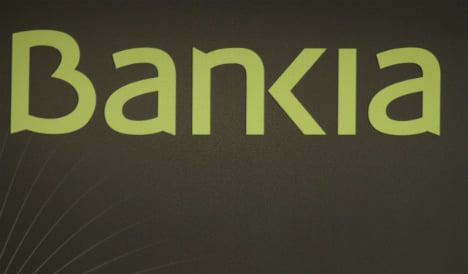 The bank said in a statement it would reimburse minority shareholders the full amount of their original investment plus one percent annual interest on the money as compensation.

Investors who have already sold their shares would be compensated for their losses, the bank added.

The affected shareholders, nearly 200,000 according to the bank, will have three months from Thursday to take advantage of the offer.    “We think it is a fair offer,” Bankia's number two, Jose Sevilla, told a news conference.

Bankia, which was bailed out in 2012 just months after its listing, is accused of misrepresenting its accounts ahead of the flotation and hundreds of customers who say they lost their money after converting their savings to shares have brought separate lawsuits against the group.

The bank, which was created in 2010 from the merger of seven troubled regional savings banks, was led at the time by former International Monetary Fund head Rodrigo Rato.

Last month Spain's Supreme Court said “serious inaccuracies” in the information provided by Bankia for the listing led investors into error – opening the way for hundreds of millions of euros in compensation.

The Supreme Court said that small shareholders had no source of financial data on which to base their decision to buy shares except what Bankia told them.

Bankia and its parent company BFA said in December they had set aside €1.8 billion in provisions for claims.

The bank believes this amount would be enough to cover the cost of reimbursing all the minority shareholders who took part in the stock market flotation.

“There will be no need for supplementary provisions,” he said.

The offer to reimburse small investors will save the bank over €400 million in legal costs because of the court cases it will avoid, he added.

Rato and several other former Bankia managers are under investigation for fraud in connection to Bankia's stock market listing.

A Spanish court earlier this month ordered Rato to stand trial for misusing funds when he was head of Bankia in a separate case. No date for the trial has been fixed. He denies wrongdoing in both cases.