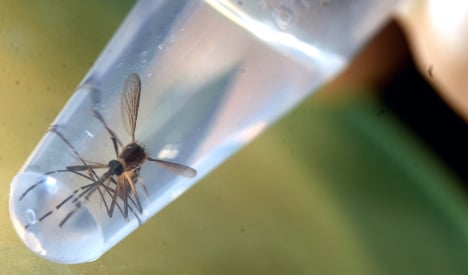 The Ministry of Health reported on Monday that there are now 23 cases of Zika virus in Spain, including two pregnant women.

All of those affected had traveled to areas where the virus has been spreading, transmitted by the Aedes aegypti mosquito, most commonly found in North and South America.

The first pregnant woman found to have the virus in Spain was also the first in Europe and had traveled to Colombia. The woman was reportedly between 13 to 14 weeks pregnant when she started showing flu-like symptoms associated with the virus.

Alarm has been raised worldwide since a massive outbreak started last spring in Brazil.

Symptoms tend to be mild, including a rash, fever and headaches. But experts have observed a potential link between pregnant mothers with the virus and their babies being born with brain damage and smaller than normal heads.

The Spanish health ministry also announced on Monday a new set of protocols for monitoring the pregnant women, including conducting sonograms every two weeks on the two patients to track the development of their babies.

Since October, Brazil has reported more than 400 confirmed cases of microcephaly where the baby's head is abnormally small – up from 147 in 2014 – plus 3,670 suspected cases.

The timing has fuelled strong suspicions that Zika is causing the birth defect.

The virus has also been linked to a potentially paralyzing nerve disorder called Guillain-Barre syndrome in some patients.

There is currently no vaccine.

Spanish officials have warned that pregnant women planning to travel to affected areas should consult a doctor.

Eight of those with the virus in Spain are located in Catalonia, five in Madrid, three in Castile and León, two in Aragón, two in Asturias, one in Andalusia, one in Murcia and one in Navarra.

Officials have said they expect to have between 200 to 250 cases of the virus this year in Spain, though some have said this could grow to hundreds of thousands if a mosquito native to the country start spreading the virus.

Though the only mosquito currently known to spread the Zika virus to humans does not live in Europe, some experts have warned that a species dwelling on the Iberian peninsula, the Asian tiger mosquito, could also start to spread the virus.

Still, medical experts have warned against alarmism over the virus in Spain, saying the danger is still low.