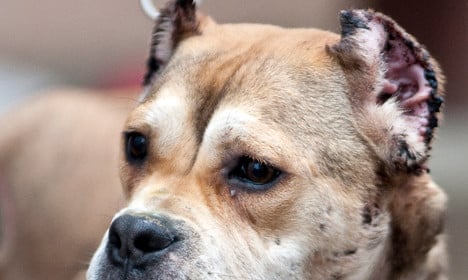 Six veterinarians and 26 hunters in Huelva, Andalusia have been arrested by the Civil Guard's specialist Seprona unit over mutilating dogs by cutting off parts of their ears and tails, mostly outside of operating rooms and without anesthetic.

The veterinarians arrested are accused of falsifying documents to allow the procedure, which is illegal under Andalusian law.

“It is unbelievable that veterinarians in this country could do this,” Spain's Animal Rights Party (PACMA) president Silvia Barquero told The Local. “This is a crime of extreme mistreatment of animals.”

Many of the hunters performed the mutilations without going to a veterinarian in order to avoid paying €40 for a medical visit, according to El Pais.

Those who went to veterinarians reportedly promised the doctors exclusive access to all of the animals in their hunting groups in exchange for performing the procedure.

Hunters claim that the mutilations – called cropping or docking in English – are part of an “ancestral” and rural tradition, PACMA told The Local.
Cutting off parts of a dog's tail, for example, is argued to prevent the hound from collecting burrs and brambles that may cause pain or infection.
“They believe that they can avoid harm or infection to the dogs' tails by just cutting them off,” Barquero told The Local. “They only see dogs as tools for hunting and are not sensitive to their suffering or health.
“The hunters often use scissors and then the wounds do not heal properly and they have problems for life – it's terrible.”

Andalusia made it illegal in 2003 to perform operations on animals “with exclusively aesthetic purposes, or without purpose, unless it is something that would be practiced by a veterinarian.”

But some hunters go to places like neighbouring Extremadura to perform the operation on their dogs in order to circumvent Andalusia’s law, according to El Pais.

The Guardia Civil's nature protection unit has been examining cases of dog mutilation for a year under the name Operation Ears and the investigation remains open, meaning more could be arrested.
“We think it is extremely important that the Guardia Civil are focusing their attention on punishing hunters, who are the primary perpetrators of animal abandonment and abuse in this country,” Barquero said.
The animal rights movement has been gaining ground in Spain over the past year. For the first time in the country's history, a man last year was sent to prison for animal abuse for beating his racehorse to death.
A second man was sent to prison less than a week later over abusing an animal after he let his dog starve to death.