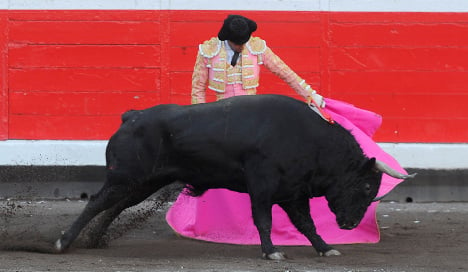 More than 150,000 people have signed a petition to end bullfighting in the Balearic Islands, which is being presented to the President of the Parliament on Friday, according to local newspaper Diario de Mallorca.

The islands’ parliament had approved on Tuesday a non-binding motion that calls for banning bullfighting in all forms as well as ending any grants, tax benefits and other public financing of bull-running events.

The measure was approved by more left-leaning groups like the local socialist PSOE party and Podemos, but opposed by the conservative Popular Party (PP) and Ciudadanos.

But the motion has no legal effect, according to El Pais. Thus, the activist group Sense Sang (Without Blood) created the petition that garnered more than 150,000 signatures to show citizens’ support for passing a ban on the traditional event among the islands' population of 1.1 million.

“The Parliament has the tools to abolish bullfighting and we hope that no more events are celebrated on the islands,” said Sense Sang spokes Guillermo Amengual.

The anti-bullfighting movement has been gaining ground in Spain in recent years, with Catalonia prohibiting the event in 2012 after the Canary Islands became the first to pass a ban in 1991.

On the other hand, San Sebastian brought back bullfighting after it was outlawed for three years.

Last weekend, a father and son were charged and seriously gored by two bulls and while watching a bull-running at a carnival event.