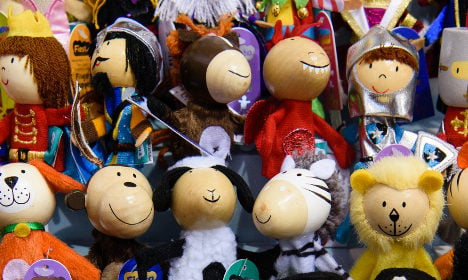 The artists were held after a Friday performance during which they displayed a sign that read “Gora Alka-Eta”, which combines the “Gora Eta (Long Live Eta)” chant of the banned Basque separatist group with the made-up word alka, to create a slogan that sounds like “Long Live Al-Qaeda”.

In addition judicial sources said other scenes from the puppet show held during carnival festivities in Madrid featured the rape of a nun and a judge being hanged, shocking parents who had accompanied their children.

AVT, a Spanish support group for terrorism victims, filed a complaint Monday against Madrid Mayor Manuela Carmena, the two artists from the “Puppets from Below” company and another city hall official who deals with culture.

In a statement, AVT said the scenes were “a clear and serious offence to the memory of terrorism victims, an act of humiliation and contempt in which the use of violence is trivialised.”

It added that the show also implied “praise and recognition of terrorist organisations that have caused such hurt and suffering in our society.”

The Eta group claimed responsibility for the deaths of over 800 people over 40 years, but renounced violence in its struggle for independence four years ago.

A judge from Spain's National Court, which handles terror-related cases, on Saturday accused the puppeteers of “glorifying terrorism” and they were remanded in custody.

On Monday, they both filed a request to be freed, a judicial source who declined to be named told AFP.

Their detention has outraged many in Spain who say it infringes on freedom of expression.

“Are we aware that right now there are two people in prison for having performed a play? Really terrifying,” tweeted Alberto Garzon, head of the far-left United Left coalition.

Barcelona Mayor Ada Colau tweeted: “It may have been of bad taste, but it was not an offence.” Carmena apologised over the show.

But she told reporters: “There is some incomprehension as to why measures were taken against these theatre actors and puppeteers which are of surprising gravity.”