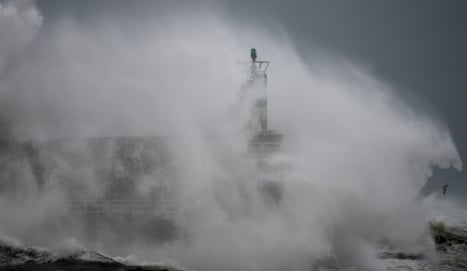 Stock photo of a storm in Galicia. Photo: AFP

Spain’s northern provinces were put on high alert on Monday as giant waves and storms battered the country’s northern coastline. Other areas along the coast, including Pontevedra, Cantabria, Vizcaya and Guipúzcoa are also on alert – albeit the slightly lower orange alert – for stormy weather and high waves.

Aemet has also forecast winds of between 70 and 90kmph and issued a yellow alert for La Coruña, Lugo, Burgos, La Rioja and Valencia. But while the north of the country is being battered by storms, other areas of Spain are basking in unseasonably lovely weather.

Temperatures are forecast to reach 22C in Alicante, Malaga, Las Palmas in Gran Canaria and Santa Cruz in Tenerife.