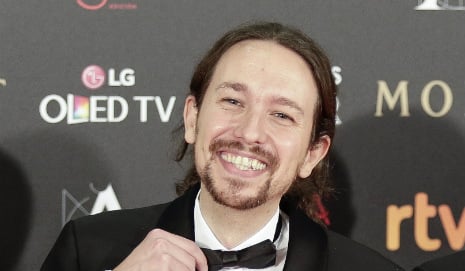 He famously turned up to meet Spain’s King Felipe in an open-collared shirt, jeans and trainers, shunning the suit and tie look of his political rivals, but Podemos leader Pablo Iglesias stunned Spain on Saturday night when he wore a tuxedo. Pablo Iglesias (left) at the Goyas with Antonio Resines, the president of Spain's Film Academy and Albert Rivera, leader of Ciudadanos. Photo: AFP

The usually – how shall we put this – scruffy politician, donned a tuxedo, complete with black bow tie, for the Goya awards, Spain’s annual film awards ceremony that is televised on national TV. But while his choice of outfit might have been completely out of character, there was one detail that was completely true to form: his low-hanging pony tail.

While Iglesias scrubbed up for the occasion, Socialist leader Pedro Sánchez was surprisingly underdressed in a black suit and open-collared shirt.

Iglesias told reporters that he had decided to wear the tuxedo as a “mark of respect for Spanish cinema”.

Many Spaniards pointed out that Iglesias had afforded more respect to Spain's film industry than he had to the country's monarch, with whom he has met twice, both times in jeans, trainers and an open-collar shirt. Pablo Iglesias and Pedro Sánchez at the Goyas. Photo: AFP

The 30th edition of the film awards saw La Novia (The Bride), directed by Paula Ortiz, take home the Best Picture award. The film is based on Federico García Lorca's play, Blood Wedding.

Iglesias's choice of outfit caused a storm of reaction on Twitter:

“You know it’s carnival because Pablo Iglesias is wearing a tuxedo and bow tie,” wrote one Twitter user.

His surprisingly suave appearance even prompted his very own lego character:

“Pablo Iglesias wears a tuxedo to the Goyas but jeans to meet the king,” wrote on Twitter user.

“When your parents let you go out on New Year's Eve for the first time with your older cousin,” one person joked.

Whether tied back in a ponytail or worn up in a bun, his hair has often defined the former politics professor who co-founded the radical left-wing Podemos, which joined Spain’s coalition government in January 2020.

Known for years in the Spanish press as “el coletas” — the man with a ponytail — Iglesias kept his look even when named a deputy prime minister, pairing his long hair with open-necked shirts at official events, or even bundling it up in a bun.

But barely a week after standing down as a politician, Iglesias has adopted a completely new look, with pictures in La Vanguardia newspaper showing the bearded 42-year-old in a checked shirt and jeans with his wavy brown hair shorn short.

Was it a centre parting or more “on the right”, wondered the right-wing La Razón newspaper, but it was impossible to say from the angle of the photos.

Iglesias resigned from politics on May 4 after Spain’s left-wing parties were routed in Madrid’s regional elections, just seven weeks after stepping down as deputy prime minister to run as his party’s candidate.

Podemos emerged out of the anti-austerity “Indignados” protest movement that occupied public squares across Spain in 2011, with the party entering the political scene in 2014.

Since then, Iglesias has been one of the best-known faces of Spanish politics.

Shortly after it was established, the party was elected to the European

Parliament, with ballot papers that featured a picture of his ponytail. 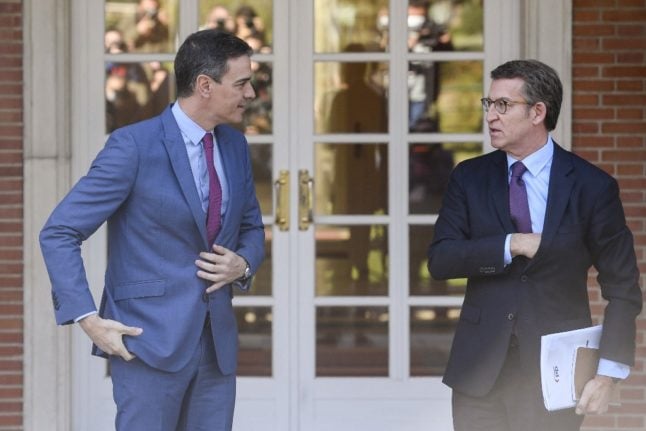