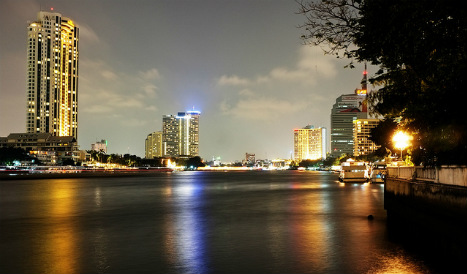 The first body part was discovered on Sunday with six additional finds since then at different locations along the river.

General Panya Maman, the officer leading the murder investigation, told reporters on Thursday the victim was a Spanish businessman who entered Thailand on January 19th.

“I am convinced that within next 48 hours this case will be resolved and that all perpetrators are foreign gangsters – although we suspect that some Thai nationals may have had knowledge (of the crime),” he said.

An official at the Spanish embassy said they had yet to receive confirmation of the victim's identity.

AFP is withholding the man's name until his family is notified.

Detectives are working on the theory that he was kidnapped and coerced before he was killed.

“Police have also detected that after his death they (his killers) transferred his money to several countries including Singapore, Spain and within Thailand,” Panya said.

Investigators initially struggled to identify the victim. Earlier in the week police said they believed the man was of Asian origin and suggested that Chinese triads might have been involved because of the method chosen to dispose of the body.

The wide Chao Praya winds its way through Bangkok, which boasts a large networks of canals, and it is not unusual for bodies to be dumped in the city's waterways.