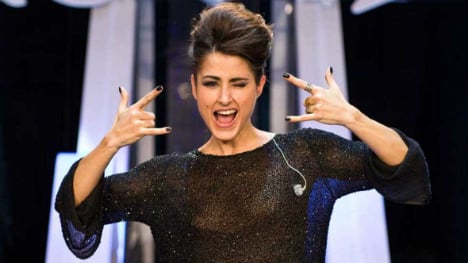 An unknown singer from Madrid will represent Spain in this year’s Eurovision Song Contest in Stockholm with the snappily-titled song Say Yay.

Barei, 32, beat a group of hopefuls competing to represent Spain at Eurovision in a televised pre-selection on Monday night.

It will be the first time Spain has entered a song predominantly in English in the country’s 55-year history in the singing competition.

Is singing in English Spain's only chance for Eurovision?

The up-tempo pop song features only 19 words in Spanish, sung by a choir after Spain’s public broadcaster TVE made a last-minute request that all songs contain at least some Spanish.

Barei was forced to add some Spanish backing vocals after the request.

“Yes, we were told to add something in Spanish,” she told Spanish daily ABC.

“Of course I’ve got nothing against our language, but my plan was to sing in English – it is much more international than Spanish.”

The unknown singer has never previously released a single, but Say Yay shot to the top of the iTunes chart in Spain when it was released on January 25th.

The song, an inspirational pep-talk about never giving up – features lyrics such as “you keep on climbing over hills” and “right now you're following your dreams!”

Spain has, in the past, steadfastly refused to embrace English lyrics, unlike most of the other competing countries – and has not won the competition since the 1960s.

Even then, Spain’s entries were marred in controversy; Massiel won in 1968 with “La, la, la” – but only because dictator Francisco Franco allegedly bribed the judges.

This year's contest will take place in Stockholm, Sweden on May 14th.