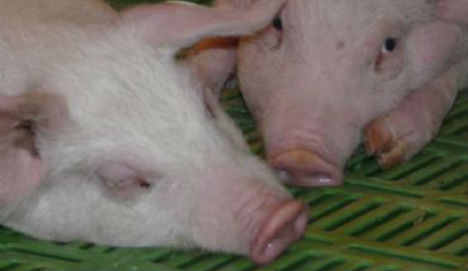 Some Spanish pigs. Photo: Anprogapor
The companies — more often than not firms that make cattle feed — own and supply the animals, fodder and veterinary products, while the farmer receives a fixed sum per pig produced and is tasked with investing in infrastructure and paying employees.
The system, long established in Europe's second-biggest pork producer, acts as a safety net for farmers as the company takes the hit when prices fall — as they are doing now due to Russia's ban on EU meat imports in retaliation for Ukraine-related sanctions — though it also means that the firm reaps the profits when good times roll.
In Lerida in northeast Spain, the Albesa Ramadera farm has profited from a model that has allowed it to invest six million euros ($6.5 million) in state-of-the-art infrastructure and technology to become a mega-farm that
counts nearly 3,300 sows.
Divided up in groups of 160 in large pens, they give birth each year to 102,000 piglets and are all equipped with an electronic chip.
When a sow is hungry, it goes into a cubicle next to the pen, and its chip is read by a machine that then doles out a personalised ration of food according to the animal's needs and the stage of its gestation.
“We save on food,” which represents 70 percent of all costs, says Joan Sanmartin, a vet and partner at the farm, which works for animal feed group Piensos Costa.
And the computer system at the farm goes even further. It records the weight of each sow, its daily consumption, the number of pregnancies and how many piglets it had every time. Alerts are also sent out
if there is a problem.
The so-called integrated farm-company system in Spain differs radically from Europe's number-one pork producer Germany or third-place France where independent farms or cooperatives are the norm.
Independence there has come at a price. In France for instance, thousands of stock breeders are on the verge of bankruptcy — a situation that in several cases has led to suicide.
Some 60 percent of pigs in Spain are reared under the integrated system, only 18 percent via cooperatives and 22 percent by independent farmers, says Miguel Angel Higuera, head of Anprogapor, Spain's association of pig breeders.
Under the system, “contracts… include a fixed price per pig produced, irrespective of the commodities market”, or pork prices, he adds.
Apart from this integrated system, breeders also benefit from Spain's passion for its prized cured ham, the exquisite ruby-red “jamon iberico” and also from lower salaries than their French or German counterparts.
Farms are also bigger, with an average of 500 sows per Spanish operation compared with 260 in Germany and 230 in France, allowing them to be more competitive.
As a result, according to the latest official figures, Spain — the fourth global pork producer after China, the United States and Germany — enjoyed a record year in 2014, with nearly 44 million pigs slaughtered.
It exports 40 percent of its production to around 100 countries, its top customer being neighbour France.
The figures also show the sector generated a trade surplus of three billion euros in 2014 and employs 180,000 people.
And the integrated model has others casting an envious eye.
“We can complain as much as we want, it's a steamroller,” says Ramon Armengol, who heads up the pig division at a Spanish grouping of agribusiness cooperatives. 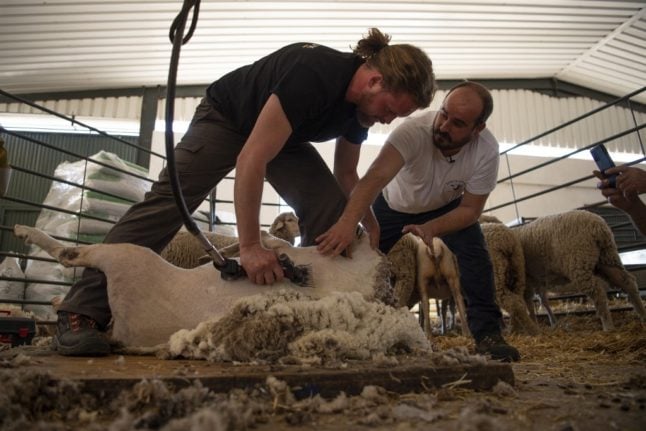 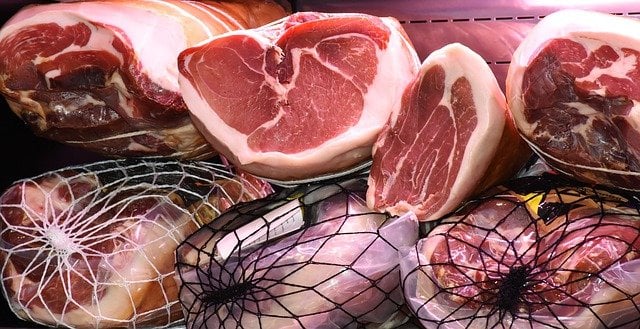 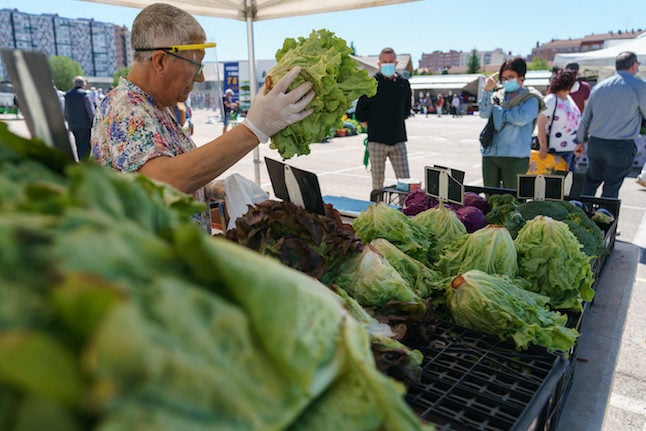