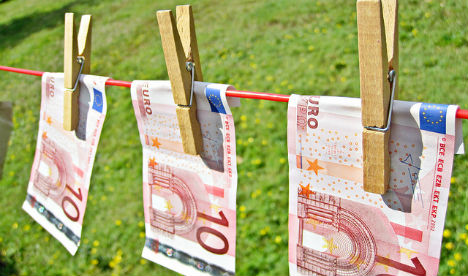 The report from Transparency International was more bad news for Spain, which has suffered a spate of high-profile corruption scandals over the last decade.

These scandals have hit Spain's long-established big two parties, the Popular Party and its rival Socialists, angering Spaniards and contributing to the rise of the upstart groupings Podemos and Ciudadanos.

Dozens of elected politicians are currently under investigation across Spain as well a host of businessmen, lawyers, a royal princess and the former head of the IMF.

From embezzlement to back-handers, tax-fraud to secret Swiss bank accounts, here are some of the most shocking cases of corruption to rock Spain. The so-called Malaya case saw around €670 million paid in bribes during the nineties and implicated the entire town hall including three former mayors.

The mastermind was Juan Antonio Roca, a man who went from being unemployed to a multimillionaire in just over a decade during which he accumulated 130 properties – including three mansions – a vintage car collection, stables full of thoroughbred race horses and a warehouse crammed with artworks. An offshoot of a far-reaching investigation into corrupt dealings in the Balearic Islands, the Caso Noos trial got underway this month with charges laid against Princess Cristina, the sister of King Felipe VI.

It centres on allegations that her husband, Iñaki Urdangarin, used his royal connections to secure overpriced contracts for a supposed not for profit organization, embezzling public funds to the tune of over €6m into his own family accounts.

It has already cost the Princess a palace in Barcelona, and her official role in the royal household. Screenshot of Don Vito Corleone from the Godfather.

Some 40 people, including three former party treasures, businessmen and local officials, are currently awaiting trial over an alleged kickback scheme operating right at the heart of the conservative Popular Party.

The massive bribes-for-contracts scheme involving the embezzlement of €449 million of taxpayers’ money allegedly extended to six regional PP governments and operated from 1999 to 2009, when investigations into the case began.

At the centre of the alleged web of corruption is Francisco Correa, a businessman who, it is claimed, liked to be known as Don Vito, after the fictional mafia don played by Marlon Brando in The Godfather.

Correa is alleged to have paid a series of bribes, including new cars and hotel stays, and paid for the birthday parties of politicians’ children. In return, he was allegedly granted contracts paid for by the Spanish taxpayer

The most hated man in Spain A spin-off from the Gürtel, the Barcenas case centres an allegations that former Popular Party treasurer ran a secret slush fund for 18 years doling out envelopes of cash to elected officials.

Barcenas is suspected of having stashed close to €50m in secret Swiss bank accounts.

Pokémon – more than just a game The case was named after the Japanese cartoon game character. Photo: AFP

Businessmen and politicians of all stripes are on the list of almost 100 targets for the judge in the Pokémon case in Galicia.

Named after police began to realize the size of the corruption and bribery network which brought to mind the Japanese game’s challenge to “Catch them all!”, Pokémon affects most of the major local councils in Galicia, including Lugo, Ourense, Santiago and A Coruña. Rodrigo Rato being led away by police during a raid at his office. Photo: AFP

While the savings bank Caja Madrid and its successor Bankia were creating the biggest black hole in Spanish financial history, its executives and board members, delegated by the main political parties and unions, were spending freely on “phantom” credit cards, racking up €15 million in costs which were never declared or accounted for.

Former minister and IMF chief Rodrigo Rato is among those facing trial for tax crimes, money laundering and bribery with prosecutors asking for four-and-a-half years in jail. A demonstrator holds up a mocked up €500 with Jordi Pujol's face. Photo: AFP

The granddaddy of Catalan nationalism, former regional president Jordi Pujol, has also discovered that he is not above the law.

He, his wife and three of their sons have been ordered to court over suspected money laundering and tax fraud after it emerged the family had millions stashed in neighbouring tax-haven Andorra.

They will appear in court in February.

The so-called ERE case is a massive probe into the misuse of some €150 million in public funds by Andalusian Socialist government officials (including former regional president José Antonio Griñán, pictured), their business associates and even the major trade unions.

Over 200 people have been formally accused.

Among the allegations to come to light are that public officials blew a fortune on cocaine and girls sending a hapless and well rewarded chauffeur, turned whistleblower, to collect them. The statue of Carlos Fabra outside Castellón airport. Photo: AFP

The man who spent tens of thousands in public funds to build a huge sculpture of himself outside the ghost airport of Castellón is one of the few politicians of the many embroiled in scandal to find himself behind bars.

His story of being lucky enough to win the national lottery four times – a classic money laundering ruse – didn’t wash with the judge and in November 2013 he was sentenced to four years in prison for tax fraud.

The latest scandal broke on January 26th and saw 24 people arrested as part of Operation Taula targeting Valencia, Alicante and Castellón and the regional Popular Party, which ruled Valencia for nearly two decades before being ousted in May.

Alfonso Rus, the former  PP leader of the region a dear friend of Mariano Rajoy (as seen in video clip above) is chief among those suspected of illegal party financing from ‘commissions’ charged in return for lucrative contracts.

Secret recordings were made purportedly of him counting out wads of cash in his office.