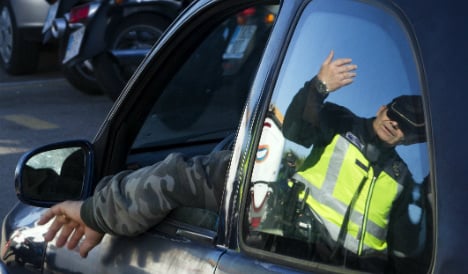 A new report has placed Spain as one of the most corrupt countries in Europe. The country's corruption score has fallen two points since 2014.

Spain came 36th in the ranking by anti-corruption campaign group Transparency International, one of the worst ranking European countries on the list.

The Berlin-based group's Corruption Perception Index (CPI) is the most widely used gauge of corruption by governments, police, court systems, political parties and bureaucracies, measuring the perception of corruption in 175 countries.

Spain’s corruption ranking has fallen from 60 in 2014 to 58 in 2015 – showing corruption has actually worsened, a fact highlighted by the report’s authors.

They said that only a handful of countries had climbed the rankings, with most places had stagnated and a few demonstrated an increasingly corrupt society, including Spain.

“Very worrying is the marked deterioration in countries like Hungary, FYR of Macedonia, Spain and Turkey where we’re seeing corruption grow, while civil society space and democracy shrink. Corruption won’t be tackled until laws and regulations are put into action and civil society and the media are genuinely free,” said Anne Koch, Director for Europe and Central Asia.

And it's officially LIVE! Check out how #corrupt your country is considered: https://t.co/49MVeArkDy #timeforjustice pic.twitter.com/RcRhchnQ1K

Three of the bottom ten countries on the list are from the Middle East and North Africa region – Iraq, Libya and Sudan.

“The ongoing devastating conflicts in these and other countries inevitably mean that any efforts to strengthen institutions and the state have taken a back seat,” said Ghada Zughayar, Transparency International's director for the region.

Spain’s conservative PP and Socialist party have both had prominent corruption probes, turning many voters off Spain’s traditional two major parties and bolstering support for Spain’s two young parties, Podemos and Ciudadanos, which came third and fourth in the recent general election.

Just this week, the PP has faced a fresh corruption probe with the arrest of several members in Valencia.

Even the Spanish royal family has been hit by its own corruption scandal; Princess Cristina, King Felipe's sister, is currently on trial in a landmark corruption case along with her husband.

It is the first time a member of the Spanish royal family has faced criminal charges in court.