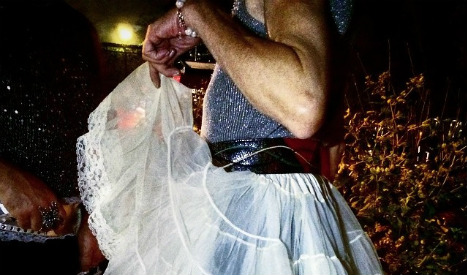 The man was dressed as a ballerina. Photo: Lynn Friedman/Flickr

Barcelona is one of Europe’s top spots for stag and hen nights, but one stag got a bit more than he bargained for when he ended up trapped in a bar last weekend.

The bar’s owners did not realize the Irishman was in the bathroom (where he had reportedly fallen asleep) and shut the place, locking him inside – dressed from head to toe as a ballerina, a spokeswoman from Barcelona's fire brigade told The Local.

“His friends continued partying and did not even register his absence until some hours later, when they were back at the hotel,” she confirmed.

They were unable to trace the owner of the bar so were forced to call the Mossos – the Catalan police – and the fire brigade, who finally managed to free the man, who has not been named.

The group had been drinking in the area around La Rambla, popular with groups of foreign tourists who have, in recent years, been causing a bit of a problem in Barcelona.

Locals have increasingly been complaining about the anti-social behaviour of foreign tourists, as well as the increase in rents that city-centre tourism has brought.

Ada Colau, Barcelona's mayor, has brought in a series of restrictions on the city's tourism industry since taking office in May 2015.