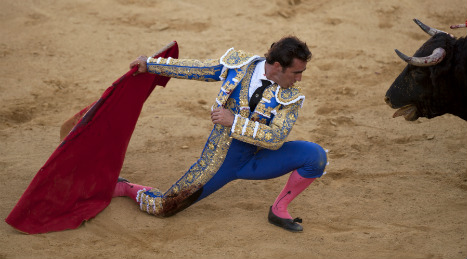 People eager to upload photos to Facebook of one of Spain’s most “typical” cultural activities might want to think twice, after the social network announced it was including bullfighting in the categories of photos that could be banned for being “inappropriate”.

For the first time, Facebook has included “hunting and bullfighting” in the categories that could cause offense and upset to users.

Bullfighting aficionados have shown their outrage at the decision.

The Fundación del Toro de Lidia, which campaigns for the defence of bullfighting, said it will meet with Facebook executives in the coming months to discuss the matter.

But while bullfighting fans oppose the decision it has been welcomed by animal rights campaigners.

Facebook has a number of “community standards” that must be adhered to in order for people, comments or photographs not to be blocked.

“If you want to report something that goes against our Community Standards (eg: nudity, hate speech, violence), use the Report link near the post, photo or comment to report it to us,” the social network writes on its website.

The anti-bullfighting movement has been steadily growing in Spain, where the 'corrida' has already been banned in Catalonia and the Canary Islands.

This summer, 13 people were killed by bulls during bull runs and fiestas around Spain, making one of the deadliest summers in recent years.