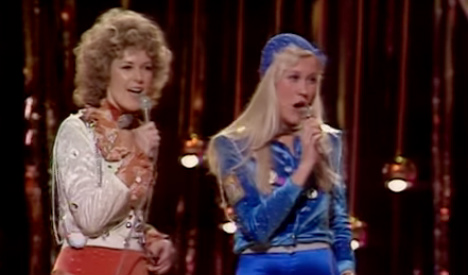 Abba, who won Eurovision for Sweden in 1974 singing in English. Screen grab: mozpiano2/YouTube

In February, six candidates will battle it out to become Spain’s entry for the Eurovision Song Contest 2016 and one issue is dividing them… English.

Spain's state-owned channel TVE, which broadcasts the singing competition and chooses Spain’s candidate, is putting pressure on contestants who have submitted English-language songs to make them “more Spanish”.

But could embracing English actually lead Spain to Eurovision glory?

Singing in Spanish was fine for Spain before 1999 – in fact, it was obligatory. Until just before the millennium, every country had to sing in its official language, which made for a much more culturally diverse contest.

After 1999 though, countries were allowed to sing in English, and most decided to embrace the language of pop music and ditch their own languages – except for stubborn Spain.

Since the rule change, Spain has not submitted one song entirely in English, and only five half-hearted attempts at Spanglish (a mixture of Spanish and English), compared to 12 songs entirely in Spanish.

If Spain only stopped a second and looked at the statistics it might realize that it should just have a go at sending an English-language song.

Since 1999, every single song except one has been sung in English, from 2006’s classic winner, Finland’s Hard Rock Hallelujah to 2011’s Azerbaijan winner Running Scared.

This does not bode well for Spanish-language ditties.

“Yes, we were told to add something in Spanish,” Barai, one of this year’s Spanish Eurovision hopefuls told Spanish daily ABC.

“Of course I’ve got nothing against our language but my plan was to sing in English – it is much more international than Spanish.”

“It is difficult to mix languages because it can sound strange or ugly, but we’ve got to try it,” said Electric Nana, another of this year’s Spanish hopefuls.

People around Europe are much more likely to understand an English-language song than its Spanish equivalent. By submitting Spanish-language songs year after year, Spain is shutting itself off to most of Europe, who collectively switch off as soon as Spain takes to the stage – simply because they can’t understand the song.

Yes, we might all enjoy the music but the lyrics are what we want to understand…

Take a leaf out of Sweden’s book?

Maybe Spain needs to look to Sweden as an example of how to win Eurovision.

When the ban on singing in English if it wasn't your native language was briefly lifted in the 1970s Sweden sent a little-known group called Abba to Eurovision with a song called Waterloo – which became the most famous song to ever win the competition.

More recently, Sweden has wisely decided to ditch any hint of Swedish in its Eurovision songs and has been richly rewarded: winning the contest in 2012 and 2015 and coming third in 2011 and 2014.

Its 2012 winner, Euphoria, by Loreen, became an instant success around Europe after the contest.

“Spanish is a beautiful language”

But maybe Spain should be applauded for steadfastly refusing to follow the fashion for English and sticking with Spanish in Eurovision.

“It’s a way of representing our culture,” Maverick, another 2016 Spanish hopeful, told ABC.

“Spanish is a beautiful language and to go to Eurovision with your own language must be something very special,” he added.

It might also be worth examining why Spain has not submitted more English-language songs. The level of English proficiency in Spain is well below that in Scandinavia – it could be a challenge to find a singer who can belt out an English-language song without a strong Spanish accent.

So even if Spain can't manage to sing in English then maybe it should repeat one of its two Eurovision successes and not use actual words at all.

In 1968, Massiel beat none other than British crooner Cliff Richard with her snappily titled hit La, la, la in which she repeated the word 'la' no less than 138 times.

But then again, that only won because dictator Francisco Franco allegedly bribed the judges.

And there is also the possibility that there is method in the madness of TVE’s plans.

The broadcaster must know that by sending a Spanish-language entry, Spain has no chance of winning – thus guaranteeing that Spain, and more specifically TVE, won’t have to fork out the millions of euros it takes to host the competition the following year.

In fact in 2012, the Spanish public television reportedly told Pastora Soler 'to throw' her entry as the Government couldn't afford to host the event at a time of national austerity as they battled national debt and bring public spending under control.

For a country recovering from a crippling economic crisis, maybe sending a Spanish entry is the best idea after all.

Do you think Spain should send an English-language song or stick to Spanish in this year’s Eurovision? Let us know what you think on our Facebook page.

The pair were selected in a public vote to represent Spain in the 2018 competition which will take place in Lisbon on May 11th.

The couple who sing in Spanish while playing grand pianos hope that they will perform better in the competition than last year’s contestant, Manel Navarro, whose performance on the night became the butt of a thousand online jokes Manel was compared to a rooster after his voice cracked trying to reach the high notes during his 2017 performance.

While last year’s entry was an annoyingly repetitive pop song sung in English by a self-styled surfer dude who ended the competition last in 26th  place, this year’s entry is a soulful romantic ballad written specifically for the duo by composer Raul Gomez.

Both Alfred and Amaia are studying music at university but can they break Spain’s Eurovision curse?

This video clip provides the lyrics to the song (and their translation) so you have plenty of time to learn the words in order to singalong on the night. 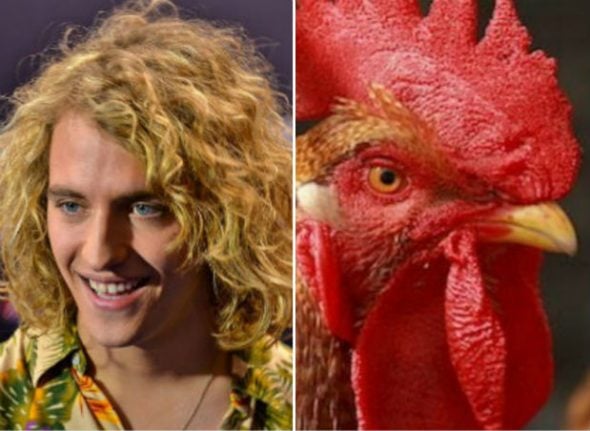 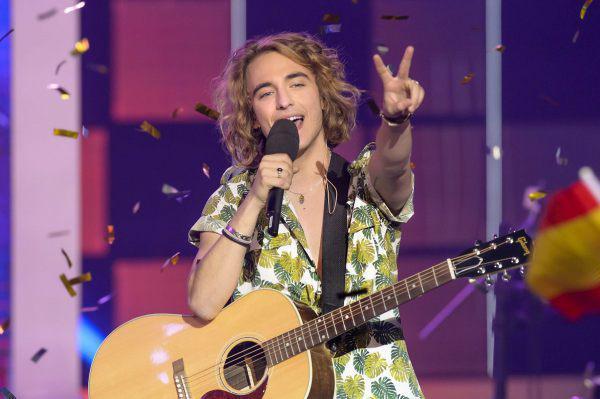