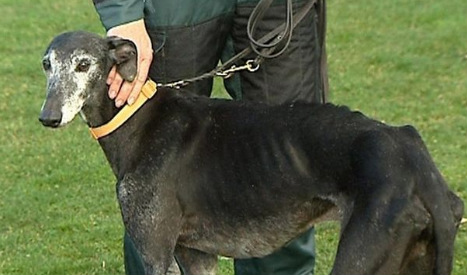 One of Spain’s most controversial sports has been embroiled in a new scandal after it emerged that two of the dogs due to compete in the nation’s most important race this weekend had been bred from a stolen champion.

DNA testing has proved that two regional champion dogs who were due to compete in the national trial at the weekend were descended from the famous greyhound Chapapote, who was stolen by a gang of illegal breeders in 2008.

Police recovered Chapapote in 2013 and arrested 29 people involved in the scam that saw him put out to stud for a charge of between €600 to €1,000 each time he mated.

The gang are thought to have earned around half a million euros from the dog after renaming him and replacing his microchip.

But his DNA had been registered with the Spanish Greyhound Federation in a scheme designed to regulate breeding and thwart thieves operating in the profitable greyhound racing world. Under new regulations racing greyhounds are now compulsory tested and if it is found that they are bred from stolen greyhounds, they will be disqualified.

DNA proved that Chapapote was the grandfather of two regional champions due to compete in the national heats to be held in Nava del Rey near the northern city of Valladolid this weekend.

But the owners of the two disqualified dogs argue that they were unaware their dogs were descended from a stolen greyhound and that many other dogs of dubious parentage were also competing on the circuit.

“Other greyhounds with the same circumstances as ours have competed in the different championships in Spain,” one of the owners was quoted as saying in sports newspaper Marca.

The matter has been referred to Spain's top sports tribunal, the Administrative Court of Sport, who will on Friday make a decision on whether to call off the entire championship.

Greyhound racing and hunting are big business in Spain where animal rights activists complain that the dogs suffer horrible cruelty.

An estimated 150,000 greyhounds are abandoned in Spain each year and thousands of others suffer cruel deaths when their sporting lives are over.