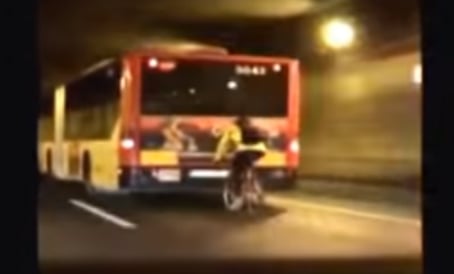 Two motorists filmed the man, who took part in the dangerous pursuit on Friday night in Barcelona.

The video shows the daredevil cyclist riding close behind a bus through the dark tunnel, “drafting the slipstream” – or using the backdraft from the vehicle to boost his speed.

The practice can be extremely dangerous, but is a guilty pleasure of many cyclists, who ride behind buses or trucks to shorten their journey times.

It is illegal for cyclists to ride along the B-10, also known as the Ronda del Litoral in Barcelona. If police spot cyclists they usually escort them off the road.

Sources from Barcelona City Hall confirmed that the cyclist in the video has not yet been identified, as local police patrols did not spot him and speed cameras failed to record him because he was not going over the maximum speed limit. 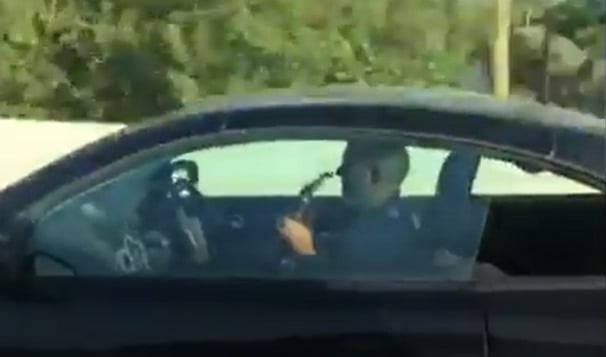 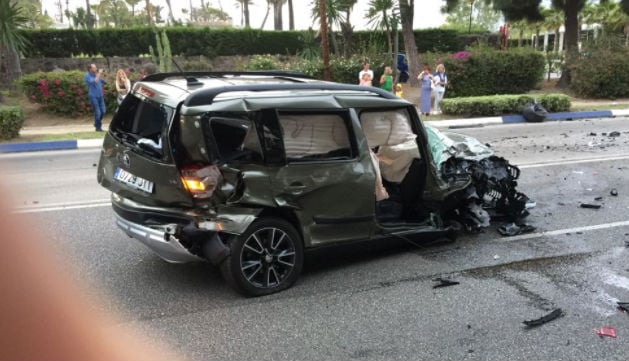