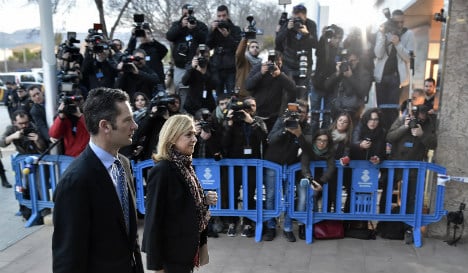 Cristina, a 50-year-old mother-of-four with a master's degree from New York University, will be the first Spanish royal to face criminal charges in court since the monarchy was reinstated following the 1975 death of dictator General Francisco Franco.

The trial of the princess and the 17 other accused, including her husband, former Olympic handball player Iñaki Urdangarin, will get underway at 9:15 am (0815 GMT) at a court in Palma on the Mediterranean island of Mallorca, where the Spanish royals have a holiday home.

Hundreds of journalists from around the world have flocked to cover the arrival of the princess for the start of the legal proceedings and a crowd of protesters is expected to fill the streets outside the courthouse.

The trial comes as Spain seethes over repeated corruption scandals that have exposed politicians, trade unions, bankers and footballers, eroding Spaniards' faith in their institutions and elites after a major economic crisis and a government austerity drive.

The case is centred on the shady business deals of the Noos Institute, a charitable organisation based in Palma which Urdangarin, 47, chaired from 2004 to 2006.

He and his former business partner Diego Torres are suspected of embezzling €6.2 million ($6.7 million) in public funds paid by two regional governments to the organisation to stage sporting and other types of events.

Urdangarin is accused of using his royal connections to secure inflated contracts without competing bids and siphoning off some of the money into Aizoon, a firm he jointly ran with his wife Cristina to fund a lavish
lifestyle.

Urdangarin and Cristina are suspected of using Aizoon for personal expenses including work on the couple's mansion in Barcelona, trips to South Africa's Kruger National Park, dance lessons and even Harry Potter books, which reduced the firm's taxable profits, according to court filings.

Cristina has been charged with tax evasion while her husband is accused of the more serious crimes of embezzlement, influence peddling, document falsification, money laundering and tax fraud.

If convicted Cristina – who has denied wrongdoing – faces a jail term of up to eight years. Urdangarin faces more than 19 years in prison.

During a preliminary hearing in February 2014 she told the court that she loved her husband and trusted him to manage their finances. She repeatedly nanswered “I don't know” to questions.

The corruption scandal and health woes prompted Cristina's father Juan Carlos – who helped smooth Spain's transition to democracy in the 1970s after the Franco dictatorship – to abdicate in 2014 in favour of his son Felipe to try to revive the scandal-hit monarchy.

King Felipe VI swiftly adopted new rules banning members of the royal family from working for private firms and ordered palace accounts to be subject to an external audit.

Last year he stripped Cristina and her husband of their titles as Duke and Duchess of Palma, which Juan Carlos had given the couple when they had their glitzy wedding in 1997.

The royal palace supervised “what we did, they would say 'that's very good, that seems very well done, go ahead', and they would guide us,” Torres said during an interview that aired on television channel La Sexta on Sunday night. 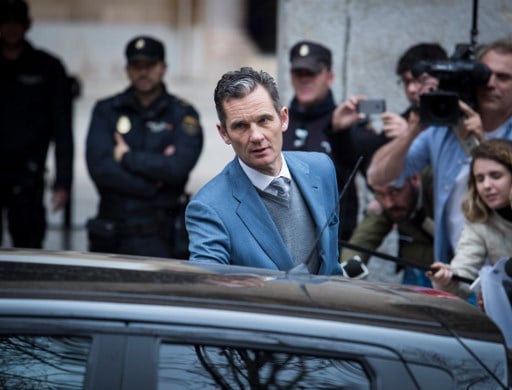 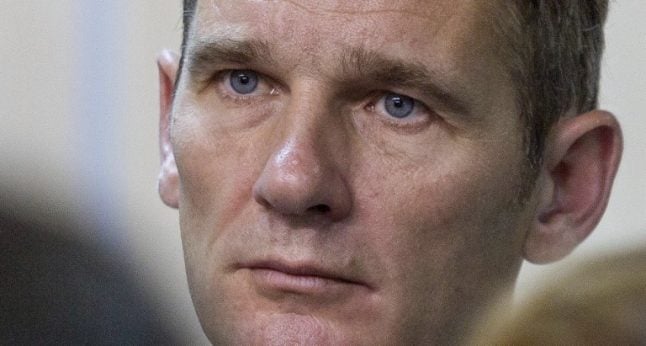