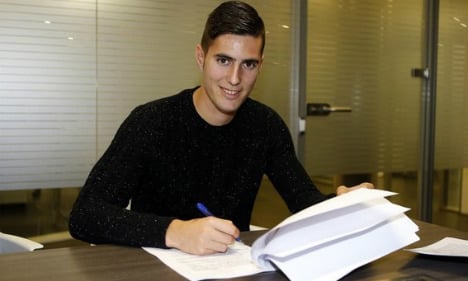 The 24-year-old striker penned a deal with Barça's B team, news that was announced by the club on their official twitter account.

But just over seven hours later he was sacked when angry fans of the Catalan club made officials aware of Guardiola's Twitter tirade from 2013, www.lequipe.fr reported.

His tweets had included “Allez Madrid” and “Fuck Catalans”.

“FC Barcelona has decided to terminate the contract signed with Sergi Guardiola, after finding that he had published offensive tweets about the club and Catalonia,” said a Barcelona statement.