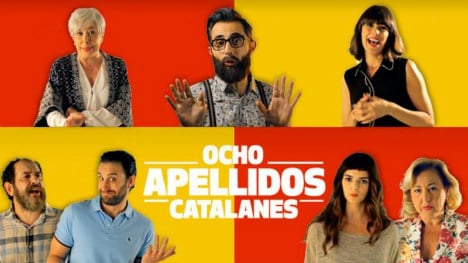 “Spanish cinema has reconnected with the public. Our productions are achieving historic shares in recent years thanks to the joint effort of all sectors, including television stations,” the head of the Federation of Audiovisual Producers (FAPAE), Ramon Colon, said.

“There are more films. There is not just one big movie, there are several movies that have surpassed a million viewers. That is very important, you don't depend on just one big success.”

Films made in Spain earned over €100 million ($109 million) and punched a 18.9 percent domestic market share through December 20th, the group said.

That slice of Spain's total box office cake will likely rise a notch to surpass 19 percent by the end of the year as several Spanish films are still scheduled to open, the group added.

It is the third best domestic share after 2012 when it reached 19.5 percent, and last year when it hit a record 25.5 percent, thanks in part to the surprise hit “Spanish Affair”, a romantic comedy about a slick-haired young man from southern Spain and his feisty Basque girlfriend.

The sequel to “Spanish Affair” is the highest grossing film in Spain this year, with 4.5 million viewers so far and the third highest-grossing film ever.

In total five Spanish films drew over one million viewers in 2015 and are among the 20 highest-grossing films of the year, FAPAE said.

As in other European nations, the popularity of Hollywood blockbusters has edged out domestic films from theatres in Spain.

But in recent years Spanish filmmakers have churned out a wider range of films and sought to appeal to more mainstream audiences.

They also teamed up with local television broadcasters who can flex their marketing muscle to promote films they co-produce, resulting in bigger audiences.