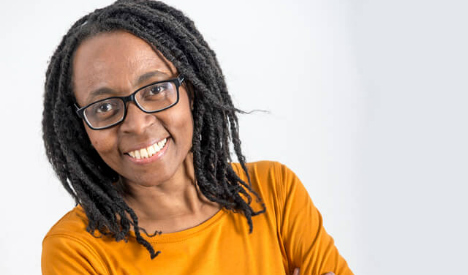 While Spain’s main parties may be scrabbling to form a pact after no clear winner emerged from Sunday’s general election – one group who can surely bask in victory are Spanish women, who will enjoy their biggest representation ever in the country’s parliament.

Spain’s general election on Sunday proved an historic day, with the most female MPs ever voted into the country's lower parliament.

The 138 women to 212 men ratio is still a way off absolute equality but is the closest Spain has ever reached and is an important victory for gender equality. It is Podemos, the left-wing party that rose out of Spain’s anti-austerity protest movement, which has won the most seats for women – 49.28 percent of their 69 seats according to Spanish daily El Diario.

It will be interesting to see how the new group of left-wing female MPs influence women’s issues, such as domestic violence, the country’s controversial abortion laws and the gender pay gap.

Podemos also made history when one of its candidates became Spain's first ever black MP. Rita Bosaho from Alicante is also the first woman to head a party's electoral list in the region and win a seat in parliament.

Bosaho, 50, was born in Equitorial Guinea – Spain's former colony in West Africa – and has lived in Spain for 30 years.

She has long worked with feminist groups in Alicante: “Feminism is a serious issue,” she told Spanish daily El Diario. She has spent her career working in human rights and women's rights, according to her official Podemos profile.

When it comes to women in parliament, the Socialists are hot on the heels of Podemos, with 45.56 percent of their 90 seats won by women. During the campaign, Socialist leader Pedro Sánchez emphasized the fact that his party had more women at the top of their electoral lists than any other party.

The Popular Party, which won the most seats in the election but fell far short of securing an absolute majority – have 35.77 percent of women across their 123 seats – 44 women versus 79 men.

Ciudadanos has the worst showing of women in parliament, only eight seats taken by women compared to 38 by men.

Some of Spain’s smaller parties are completely made of women in parliament – Basque party Bildu now has two female MPs in parliament, while the Coalición Canaria has one.

It is the most seats won by women since the first democratic elections held after the dictatorship of General Francisco Franco in 1979, in which only 5.1 percent of seats were won by women.

The most famous woman in Spain’s government – deputy Prime Minister Soraya Sáenz de Santamaría – retained her seat in the election.

She became a more prominent face of the PP than Spain’s own prime minister during the election campaign when she took his place in a televised debate with the three other candidates.