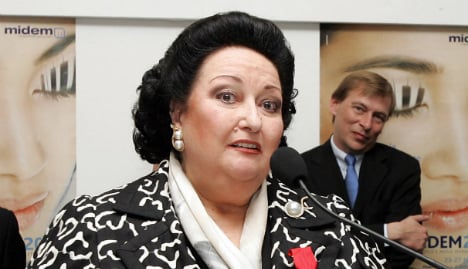 Spanish soprano Montserrat Caballé, 82, has been sentenced to six months in prison for tax evasion after taking a deal in which she plead guilty to the charges.

The Spanish opera star, who rose to fame after duetting with Freddy Mercury on the 1987 hit Barcelona, did not declare her earnings in 2010, listing her official residence as being in the tiny Pyrenean country of Andorra “for the sole purpose of not paying her taxes” according to the prosecution.

She appeared via video link in the Barcelona court on Tuesday morning, from her living room, allowed to plead from home by the judge because of “health reasons” according to Europa Press.

As well as accepting the six month suspended sentence, the singer was also ordered to pay a fine of €254,231 ($280,000) and was banned from receiving any public subsidies for a period of 18 months.

During the brief video conference, the soprano admitted that despite living in Spain in 2010 she registered in Andorra to avoid paying tax in Spain.