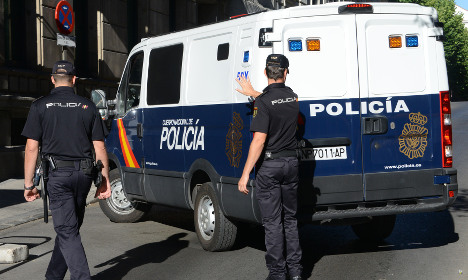 The Spanish interior ministry has said it has arrested around 100 suspected jihadists this year. Photo: Dominique Faget/AFP

The 34-year-old Ceuta resident, arrested at dawn in the Mediterranean peninsula bordering Morocco, “was carrying out recruitment and indoctrination of youths with a vulnerable profile,” the ministry said in a statement.

He offered them “help to travel to conflict zones and join the Daesh terrorist organisation,” it said, using the Arabic acronym for IS.

The suspect was known for “his adherence to Salafist ideology,” it said, referring to a fundamentalist branch of Islam.

The ministry has said it has arrested around 100 suspected jihadists this year.

Spain has been on a heightened anti-terror alert — level four of a possible five — since June.