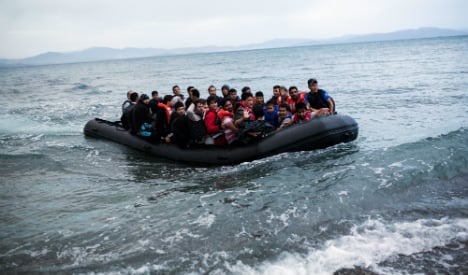 The small boat is thought to have set off from a point in the Western Sahara region some 100 km south of Cape Bojador on Monday with 39 people on board.

The Spanish coastguard confirmed on Tuesday that their Moroccan counterparts had located the drowned victims some 147 km off Cape Bojador and that the bodies had been taken to Laayoune.

It is the latest of several boats filled with migrants attempting to reach Spain’s Canary Islands, suggesting the archipelago is regaining popularity as an entry point for migrants trying to reach Europe.

On Monday a Spanish coastguard ship rescued 47 people from a boat found adrift off Gran Canaria, while on Sunday another 51 were picked up off another stricken boat.

The Canary Islands, which lie off the Moroccan coast, were a key route for Europe-bound migrants a decade ago but their numbers fell in subsequent years, due to increased coast guard patrols and repatriation agreements between Spain and migrant countries of origin like Mauritania and Senegal.