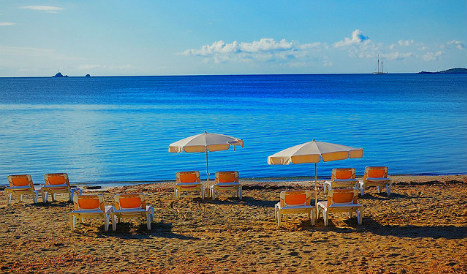 Spain will have a long break this weekend, with the whole country enjoying a public holiday on Tuesday for the Immaculate Conception, and several regions also getting a day off on Monday in lieu of Constitution Day on Sunday.

The regions that have a public holiday on Monday are: Andalusia, Aragón, Asturias, the Balearic Islands, Castilla-La Mancha, ﻿Castilla y León, Valencia, Extremadura, Murcia y La Rioja, as well as the north African Spanish enclaves of Ceuta and Melilla.

“There will be few clouds in the skies and no precipitation,” Aemet said in a statement.

“In Galicia, there is a small probability of light rain,” the weather agency added. Galicia is one of the rainiest regions of Spain owing to its proximity to the Atlantic Ocean.

Amet also confirmed that temperatures would be higher than average for this time of year, with maximum temperatures reaching above 20C.

The excellent weather forecast means thousands of Spaniards will take to the motorways this weekend to head out of the cities and Spain’s traffic department, the DGT, is making special preparations, which will come into effect on Friday afternoon and last until Tuesday, December 8th.

The DGT estimates that 5.7 million motorway journeys will take place over the long weekend, with thousands of people heading to the mountains to take advantage of the start of the ski season.

It predicts the busiest time on the roads will be on Friday evening, especially on motorways leaving Spain’s big cities.

Extra traffic workers have been drafted in over the weekend to ensure journeys go as smoothly as possible, including over 10,000 Civil Guard traffic police, 800 traffic management specialists and over 13,000 road maintenance workers.

There will also be 12 helicopters hovering above surveilling the motorways around Spain’s biggest cities.