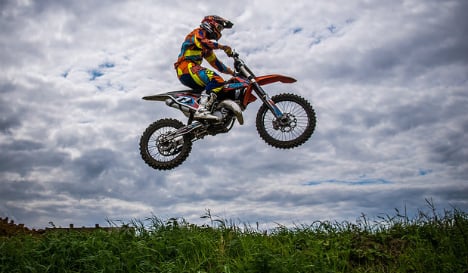 The European Court of Auditors (ECA) has revealed some of the most shockingly fraudulent behaviour of recipients of EU subsidies.

Agricultural subsidies are among the highest the EU gives out, and one Spanish farmer used his to convert a fields into a track for racing motorbikes-

“Many of the errors found by our audit derived from the presentation of inexact claims that were by beneficiaries, the most common of these being the overstatement of agricultural land or plots of land that are inadmissable,” the EU body said in a statement accompanying the report.

The European Court of Auditors used a case from Spain as an example of an “inadmissable” claim.

“In Spain someone was paid subsidies for a plot of land declared and registered by the land-parcel identification system as arable land when in fact it was a motocross track,” the ECA said.

The ECA did not reveal the name of the farmer but said the land was located in the region of Castilla-La Mancha, in central Spain.

And the ECA revealed that the problem of mis-classifying land as arable when it is in fact used for other purposes is not confined to Spain; cases have also been recorded in Germany, Denmark, the Czech Republic, France, Italy, Slovakia and the United Kingdom.

Another common fraud that Spain has been caught up in is claiming subsidies for breeding cattle.

“In Spain land that has been declared as permanent grassland has often been found to be totally or partially covered in vegetation or inadmissible because it is covered in rocks, trees or thick bushes,” the report said.

“The EU must better manage its budget if it wants to address the pressing challenges it is facing,” the ECA said, adding that “several member states (including Spain) have difficulty absorbing the EU funds they have been assigned.

“The Commission has granted funds to member states without sufficiently analyzing their capacity for investing them.”