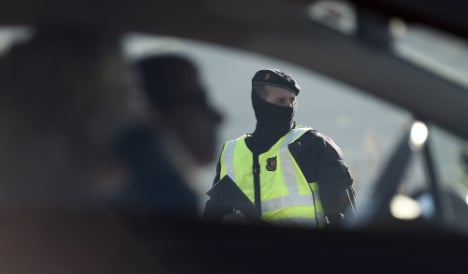 A 32-year-old man, who has not been named, was arrested on Tuesday morning for planning to join Isis in Syria, Spain’s Interior Ministry confirmed.

The man, who had Moroccan nationality, was arrested in Pamplona, northern Spain, on Tuesday morning by officers from Spain’s Civil Guard.

“Officers arrested a 32-year-old Moroccan citizen, resident in Pamplona, who had started preparations to travel to Syria with the intention of joining Islamic State,” said a statement released by Spain’s Interior Ministry on Tuesday.

The man came to the intention of Civil Guard intelligence after showing “clear signs of radicalization, including changing his behaviour and appearance as well as his circle of friends.”

Several family members had severed ties with the man because of his radical beliefs, said the Interior Ministry.

As he became more radicalized, the man started watching videos made by Isis, as well as news related to the terrorist group.

He and several specifically chosen clients at the hotel he managed shared videos, photos and links to Isis publications through social networks.

The Interior Ministry also confirmed that the man had been involved in radicalizing others, both in real life and on the internet.

He was especially interested in people who were willing to travel to Syria.

Spanish police are now focusing on “unravelling the possible list of contacts” in Spain and “the means and support” the man had in planning his trip to Syria.

Spain has been under a high security alert  – level 4 out of 5 – since June and has arrested some 95 people in its investigation of suspected jihadist cells since the start of the year.

The ministry estimates that around 139 people have left Spain to fight in Syria or Iraq and only 25 have returned.

A recent poll revealed that Spaniards are divided on whether to bomb Isis strongholds as part of an international campaign against Isis.