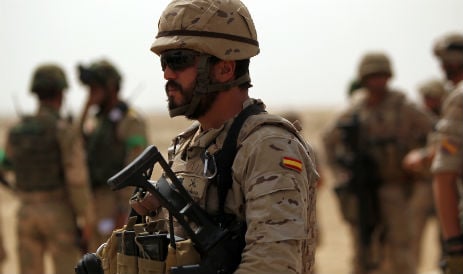 One of the Spanish soldiers sent to help train Iraqis at the Basmaya camp in Baghdad. Photo: Ali Al-Saadi/AFP
About a third, 35 percent, are in favour of joining the military campaign in Syria and the rest were undecided, according to the poll published in El Mundo newspaper.
The poll — carried out after the November 13 suicide bomb and shootings in Paris — also found that 83 percent of Spaniards believed a Paris-style attack could happen in Spain, suggesting that national security could emerge as a theme for a December 20 general election.
Another poll published Saturday in the conservative daily La Razon showed 69 percent of Spaniards wanting Spain to help France “in its fight against Islamist terrorism”.
By contrast with the poll in El Mundo the survey showed 49.3 percent opposing “bombing the terrorists in Syria”, compared with 43.6 percent in favour.
Several thousand people marched Saturday in Madrid against Spanish involvement in the Syrian conflict as conservative Prime Minister Mariano Rajoy stressed he would not rush into a decision.
“No to war,” chanted the demonstrators who gathered rallied outside the Reina Sofia museum in the Spanish capital. The organisers estimated their number at around 6,000.
With elections looming, Rajoy's government has been holding off on any decision on whether Spain will join France, the United States and others in airstrikes against Islamic State strongholds in Syria.
“Decisions have to be well thought through, as in any aspect of life,” said Rajoy, who added Madrid was in touch with its allies on a clear plan of action.
Leftist opposition parties have voiced opposition to Spanish military involvement in the Middle East.
The leader of the far-left grouping Podemos, Pablo Iglesias, backs putting the issue to a referendum.
Rajoy is mindful of how events unfolded in March 2004 under his Popular Party predecessor, former conservative prime minister Jose Maria Aznar. Aznar, who had backed the US intervention in Iraq a year earlier, was voted
out of office days after Islamic extremists killed 191 people in bombings on Madrid trains.
Aznar's stance on Iraq was in stark contrast to that of the public in a traditionally pacifist country. 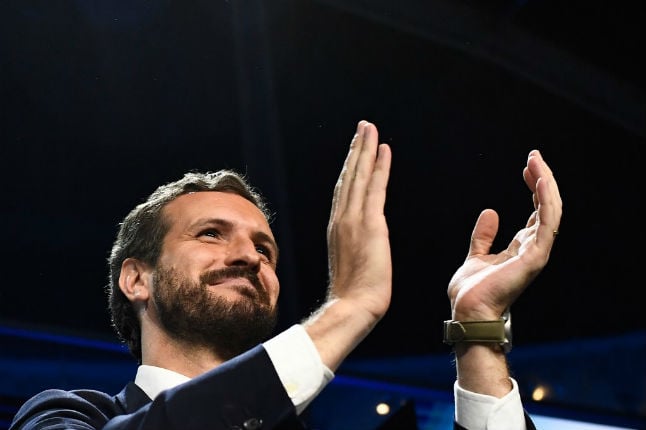 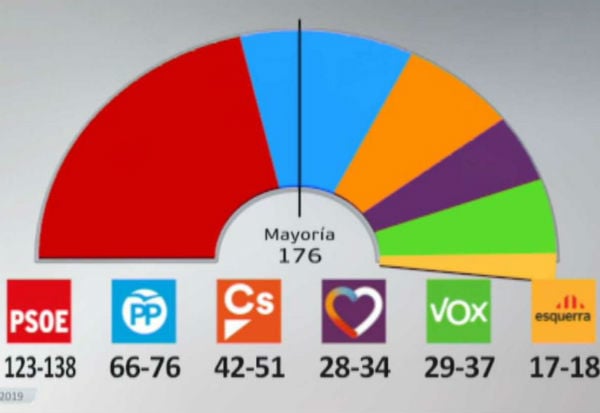