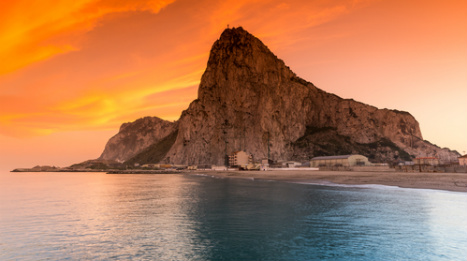 Polls carried out by local media predict a significant win for the centrist alliance led by incumbent Fabian Picardo against the opposition Social Democrats (GSD) headed up by barrister and former justice minister Daniel Feetham.

Picardo has presided over a relatively prosperous period for Gibraltar, a 6.7-square-kilometre (2.6-square-mile) peninsula on the southern tip of Spain that is home to about 32,000 people, overseeing growth of the key electronic gambling industry and offshore finance sector.

But he has had several clashes with Spain, which has a centuries-old claim over Gibraltar's sovereignty and until recently imposed sanctions and restrictions.

Picardo and Spain's ruling conservative Popular Party (PP) have argued over the smuggling of cheap cigarettes from Gibraltar into Spain and the territory's low-tax regime.

There has also been tension over fishing rights and law enforcement in the waters around the Rock, which are claimed by both Britain and Spain.

Picardo has at times taken an assertive stance toward Spain but insists this was proportional to the PP's approach to Gibraltar.

“Dealing with [Spanish Foreign Minister Jose Manuel] Garcia-Margallo has required us to be tough on occasions,” he said.

“I make no apology for that.”

Britain's forthcoming referendum on EU membership – which could potentially lead to an exit from the 28-member bloc, dubbed “Brexit” – is also an issue that has cropped up ahead of polling day.

Both sides are firmly of the view that Britain should remain within the European Union and that access to the single market and freedom of movement are vital for Gibraltar.

“We have fought to ensure that Gibraltar is able to vote in the Brexit referendum so that we can influence that decision,” Picardo said.

“Our primary challenge as a people after the election is, therefore, to work to keep the UK in the EU.”

But they differ on the current state of the economy.

The ruling GSLP/Liberals alliance says Gibraltar's strong growth over the past four years has allowed them to deliver major projects including a new university, bank, school and housing schemes.

But the GSD has raised questions about the government's handling of public finances, accusing it of running a debt-fuelled economic model that is unsustainable and exposes Gibraltar to future risk.