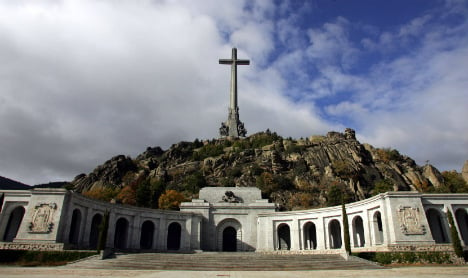 Speaking on the eve of the 40th anniversary of Franco's peaceful death, Garzón slammed Spain's “quasi official silence” on the dictator's rule in a country that has yet to confront this dark chapter of its history, as well as the 1936-39 civil war that precipitated it.

“We have a serious problem with coming to terms with what was done and find solutions. It's very Spanish to wait for the storm to pass,” said Garzon, who rose to international fame for trying to bring Chile's former dictator Augusto Pinochet to justice.

Pinochet died in 2006 without ever facing trial.

After Franco died on November 20th 1975, political parties agreed to bury still-raw wounds from the civil war which pitted Republicans against Nationalists loyal to Franco – and his subsequent dictatorship – to enable a smooth transition to democracy in what was then a fragile country. But decades on, this amnesty means that no trials have been held, descendants of those who were killed by Nationalists are still searching for the remains of their loved ones, and monuments honouring Franco's regime are scattered across Spain.

Chief among these is the Valley of the Fallen, a mammoth mausoleum to the late dictator just outside Madrid that was built in the 1940s and 50s largely by prisoners drawn from the forces Franco defeated in the civil war.

He is buried there, as are more than 30,000 Republican victims whom he had transferred to the gigantic marble and granite basilica in a bid to engage his own form of reconciliation.

In the petition handed over to the government on Thursday, Garzón asks to convert what is widely regarded as a place that glorifies Franco's dictatorship into a memorial, in much the same way as the Auschwitz Nazi death camp.

Franco's remains, he adds, must be removed from the site to allow the descendants of Republican victims to either leave their loved ones there in peace or try to retrieve them.

Emilio Silva, founder of the Association for the Recovery of Historical Memory that represents victims of Franco, said Garzón's initiative was a good one – if not new.

“What is really serious is that victims of Franquismo have to pay for the dictator's tomb through taxes,” he said. “This is almost a form of state abuse.”