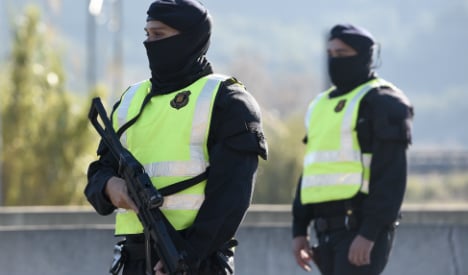 The decision to boost security at the Santiago Bernabéu stadium in order to guarantee safety at Saturday’s match was taken during a specially convened meeting between security and football chiefs on Wednesday.

The match kicks off Saturday at 1815 local time (1715GMT) with “draconian security measures”, Interior Minister Jorge Fernandez Diaz said Wednesday, after two high-profile international friendlies were postponed in the wake of the Paris attacks that left 129 dead and over 350 injured.

Germany's meeting with the Netherlands was called off just hours before kick-off on Tuesday due to a bomb threat in Hanover, whilst Belgium's friendly against Spain had already been postponed due to the heightened security threat in Brussels.

Spain's secretary of state for security Francisco Martinez played down any particular risk to the ‘El Clasico’.

“We are on anti-terrorist alert four (with five a very high risk) and there will be extensive security so as to guarantee that the match takes place with complete normality,” he said.

“We have full confidence in the state security forces and in all those who will contribute so that we will only be talking about a festival of football on Saturday. We want to give out a message of calm and serenity as far as the circumstances permit.”

The so-called El Clasico that pits the two fiercely rival teams against each other attracts on average a global television audience of some 500 million – the world's most watched club match.

Players and spectators at this weekend's will hold a minute of silence for victims of the Paris attacks, the Spanish football league said Wednesday.

In a statement, La Liga called for the minute of silence “in memory of the victims” at the start of Saturday's match in the 81,000-strong Madrid stadium.

It has also asked both clubs to broadcast the hashtag #TodosSomosFrancia (“We are all France”) during the moment of silence on screens in the stadium.

“In this way, professional football joins hands with international expressions of condolences and expresses its solidarity with the families and friends of victims.”