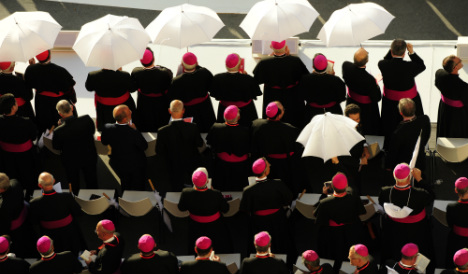 Separatist Catalan lawmakers last week approved a resolution which calls on the regional assembly to start working on legislation within 30 days to create a separate social security system and treasury, with a view to completing independence in 18 months.

“We are extremely concerned by the serious situation created by those who, outside of and against the law, seek to break the unity of Spain,” the head of the Spanish bishops' conference, Ricardo Blazquez, said.

“Unilaterally calling into question this constitutional situation” creates “insecurity, anxiety, uncertainty, risks chaos and dividing society,” he added during an opening address of an assembly of bishops.

It is extremely rare for Spain's Roman Catholic Church to address political topics. When it does the themes it touches on usually have a direct relation to the church or religious practice, such as abortion and gay marriage.

The majority of Spaniards, 71 percent, are Roman Catholic but two-thirds never or hardly ever go to mass, according to surveys.

The pro-independence camp won an absolute majority of 72 seats in Catalonia's 135-seat regional assembly in a local election on September 27 but got only 48 percent of the popular vote.

Catalonia, a northeastern region of 7.5 million people which represents nearly a fifth of Spain's economic output, already enjoys a large degree of autonomy in education, health and policing.