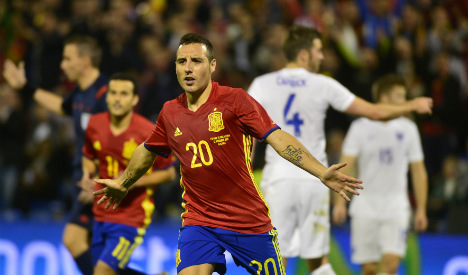 Spain’s international friendly against Belgium will go ahead in Brussels on Tuesday evening, with security especially tightened in the wake of the Paris terror attacks, the most deadly attacks in Europe since the 2004 Madrid train bombings.

129 people were murdered on Friday evening in coordinated attacks including a bar, restaurant and the area near the Stade de France, where France was playing a friendly against Germany.

The attacks were planned in Syria and Belgium by terrorist group Isis.

AS IT HAPPENED: Paris reels after terror attacks

In a statement released on Saturday, the Belgian Football Union (URBSFA) said “after the attacks on Paris we have contacted the Spanish Football Federation and the bodies responsible for security and our decision is to let the friendly go ahead.”

In the statement, the URBSFA also laid out the extra security measures that would be put in place.

“Fans will not be allowed to enter the stadium with a bag,” the football union announced.

As well as prohibiting fans from bringing in bags, there will be extra security checks at the entrance to the King Baudouin stadium in Brussels.

Gates open at 6.30pm for the match, which kicks off at 8.45pm. Fans are being urged to arrive as early as possible to avoid long queues forming.

Fans and players will hold a minute’s silence before the match in memory of the 129 people who were killed in Paris on Friday, November 13th.

Players and the referee will also wear black arm bands as a show of respect.

Spain goes into the match feeling confident after their 2-0 win against England in Alicante on Friday.