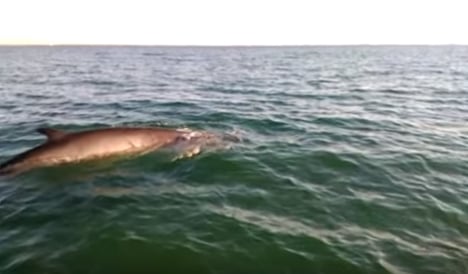 People taking a stroll along Barcelona’s beach had been stunned on Tuesday, when they spotted a whale just off the shore.

The finback whale, which measured around 10 metres  (33 feet)  long, was spotted on Tuesday between the beaches of Sant Miquel and Sant Sebastià.

“It was a very emotional moment,” Miquel Roigé, a surfer who spent around an hour paddling close to the whale on his board, told La Vanguardia.

“I love marine life and I’ve seen dolphins before but never a whale,” he added.

The whale made his appearance at around 4pm on Tuesday.

It is the first time an animal of that size has reached a Catalan port, confirmed sources from Catalonia’s Marine Animal Rescue Network.

Experts from the network were deployed to the scene, where they witnessed the whale swimming in the port, close to the tourist cruise ship terminal.

The animal had spent the night close to a freight terminal in the port. Towards midday, they had managed to coax the whale towards the southern exit of the port, where he swam away past the beach.

Surfer Miquel Roigé, who runs the paddle centre Moloka’i SUP, admitted the experience “great” but also “sad, because the calf was completely alone, outside its habitat”.

Vets had to put down the whale on Friday morning because of its weak state of health. Experts believe that the loss of its mother weakened the creature, giving it a “zero chance of survival”. 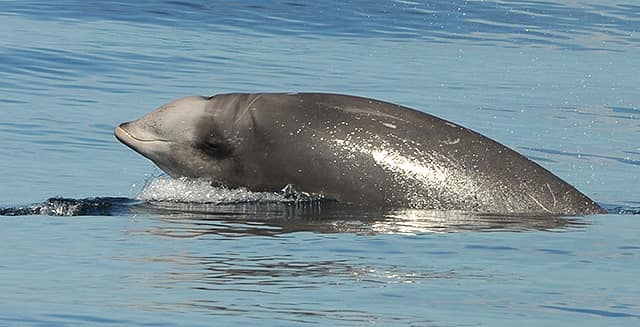