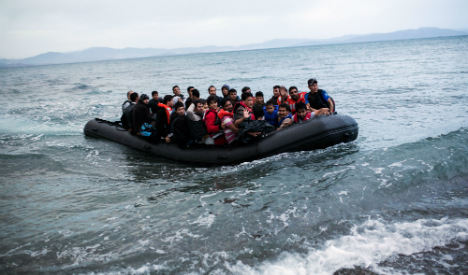 “At the beginning of October we made a new request for means, this time mainly for human resources to cover operations in Greece and the Balkans until the end of January,” Gil Arias told Spanish newspaper El Mundo.

“Despite reiterating the request including through the European Commission, up until now member states have only committed 40 percent of the requested resources,” he added.

Frontex said last month it needed 775 more border guards on the bloc's frontiers as it struggles to cope with an unprecedented influx of refugees and migrants fleeing war, unrest and poverty in the Middle East, Africa and South Asia.

The Warsaw-based agency, which coordinates border patrols and collects intelligence about the bloc's frontiers, said last week that migrants have made some 800,000 “illegal entries” to the European Union so far this year.

“We have our own analysis of the situation and of how it can evolve in the short and medium term. The arrival of winter will not increase the migratory pressure, on the contrary, but it is obvious that the worsening of weather conditions will increase the risk of the loss of lives,” he said.

“With the means that we have we will do everything possible to help member states face the situation, like we have always done, but we can't forget that the responsibility for both rescue and patrol is still with the member states and Frontex was created not to replace them but to help them.”